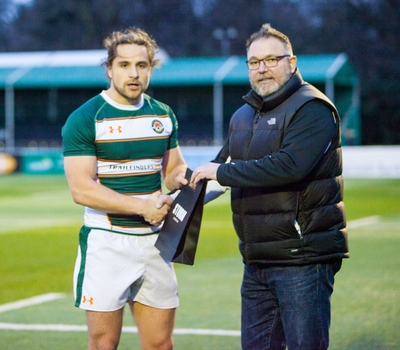 Ealing Trailfinders secured two vital points against the second-placed team in the Greene King IPA Championship to open a one-point gap above Moseley at the bottom of the table.

Ben Ward’s side began on the offensive and quickly showed signs that they were happy to take on the Yorkshire side physically. It soon paid dividends when Toby Howley-Berridge set Phil Chesters free down the left and the flying wing scored his first try of 2016 with nine minutes on the clock.

The west London side continued to dominate, but were unable to find a way through the Knights’ defence despite having the wind at their backs.

Eventually Clive Griffiths’ side began to build some momentum and as the half wore on their pack began to take a grip on proceedings. With five minutes left number eight Ollie Steadman powered over from close range and on the stroke of half-time prop Richard List stretched their lead to 12-5 at the break.

They continued to dominate once the teams returned after half-time, but stalemate descended on the match; Doncaster Knights attacked and Ealing Trailfinders defended and that is how it continued for the first 20 minutes of the second half.

The hosts struggled to find any respite from the assault on their line, but a counter-attack just after the hour mark resulted in Rhys Crane wiggling over from close range after he had come close from the original breakout.

Another counter then put Ealing Trailfinders back into the lead. Ward prodded a grubber through the Doncaster defence, Chesters kicked ahead and centre Danny Barnes had the simple job of touching down.

Doncaster weren’t finished and after Ealing Trailfinders’ defence repelled a number of their attacks, eventually Steadman drove over for his second score. They finished the match in the ascendancy, but Alex Walker flung himself in front of Simon Humberstone’s drop-goal attempt to ensure that there was no last-gasp twist to an absorbing 80 minutes of action.

Ealing Trailfinders now travel to league leaders Bristol on Friday evening, while Moseley host Rotherham Titans, who currently sit in 10th, six points ahead of the west London side.