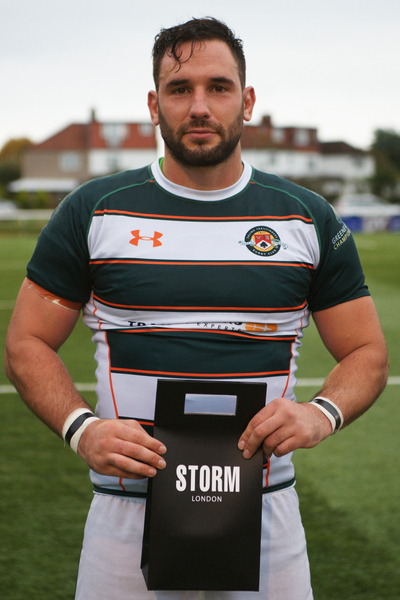 Ealing Trailfinders were denied their second win of the season in the dying second’s when a penalty by Bedford Blues’ Steffan Jones maintained his side’s strong start to the season.

Tristan Roberts opened the scoring with a penalty, Toby Howley-Berridge and Alun Walker scored a try each and Alex Davies slotted a conversion and two penalties before Jones struck late on.

Ben Ward’s side started strongly and Roberts’ penalty opened the scoring after seven minutes following a powerful showing by the pack in the scrum. Three minutes later though Jake Sharp levelled the scores with a penalty of his own after a break by George Perkins.

Ealing Trailfinders’ response was the best possible. Former Blues wing James Stephenson cut through their defence and after support from Alex Bradley, Tristan Roberts picked out Howley-Berridge with a pin-point kick to score the first try of the match.

They built on the lead quickly when Alun Walker crashed over following excellent work from a driven line-out catch.

Bedford hit back and Bradley was sent to the sin-bin and while he was off the Blues scored their first try. Scrum-half Jordan Burns spotted space and galloped up the pitch to set up Piers O’Connor for a chance. He was stopped just short of the line, but popped the ball to wing Dean Adamson who scored in the corner.

Mike Rayer’s team scored their second in the 24th minute. Number eight Hayden Thompson-Stringer burst off the back of a scrum and off-loaded to O’Conor who had a clear run to the line. Jake Sharp converted both scores to put the visitors ahead for the first time at 17-15.

Davies missed a kick, but then landed his next effort to ensure the hosts were 18-17 ahead at the break. A stalemate ensued for the opening quarter of the second half and the first points of the second half came on 71 minutes when Jones landed a penalty.

Davies put the hosts back in front with six minutes to go, but with the last play Bedford broke and while the ball went out of play Mike Howard pinched the line-out and helped win a penalty that Jones slotted for the win.