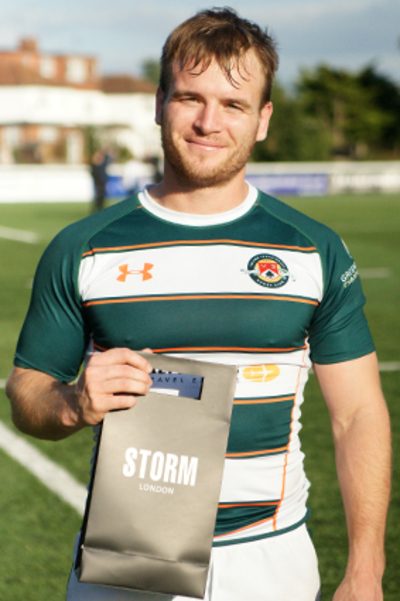 Ealing Trailfinders recorded their first victory since their return to the Greene King IPA Championship by running in three tries against Cornish Pirates.

Wings Phil Chesters and Rhys Crane picked up where they left off a week ago against Yorkshire Carnegie by scoring a try apiece and the pack topped off a memorable performance by winning a penalty try from a scrum.

After a frenzied opening Pirates opened the scoring when fly-half Will Cargill knocked over a penalty from long range. Ealing Trailfinders hit back immediately when Phil Chesters chipped ahead, caught his kick and raced away from the covering defence for his second score in two weeks.

Alex Davies converted the try and then stretched the lead further with the first of his three penalties.

The visitors regrouped and showed their positive intent by kicking two penalties to the corner to attempt to score a catch and drive try. However, on both occasions the hosts’ defence stood firm to keep them out.

Their luck was in on their third attempt shortly before halftime when number 8 Laurie McGlone was driven over. Cargill slotted the conversion to tie the score at 10-10, but on the stroke of half-time Davies scored his second penalty to ensure Ealing Trailfinders led 13-10 at the break.

Soon after the restart Nathan Buck was stopped short of the line as the home pack flexed their muscles, but a second try arrived when Crane took advantage of a wayward kick down the right wing.

Pirates again tried their luck from a line-out, but again Ealing Trailfinders defence held out and Davies stretched their lead further still with his third penalty.

Reserve fly-half Kieran Hallett gave Pirates some home of a late comeback when Jack Arnott swept onto his cross-kick to score, but with the last play of the match Ealing Trailfinders’ pack won a penalty try that along with Davies’ conversion meant they denied the visitors a losing bonus point.