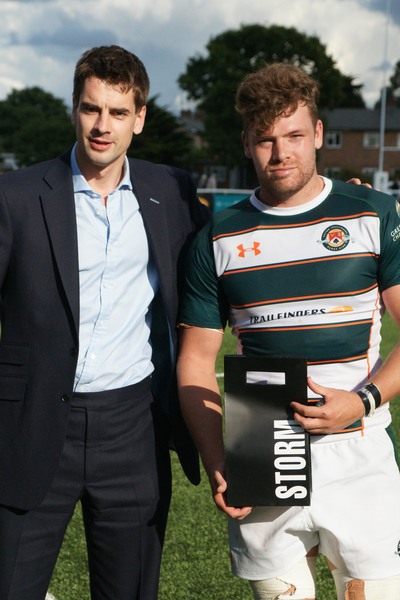 Ealing Trailfinders went down to a five-try loss to their rivals from over Kew Bridge in their first home match of the Greene King IPA Championship season.

Iain Grieve and Will Harries scored two first-half tries to stay in contention at half-time and Alex Walker scored late on, but the Exiles showed their strength and experience and a return to the form that earned them a play-off place last season after losing to Mosely in the opening fixture.

Ben Ward’s side made a strong start and fierce tackles from Irish pair Danny Barnes and Danny Kenny set the early tone, but Tristan Roberts pulled an early penalty wide and Iain Grieve was pulled up as he crossed the line after a forward pass from Matt Thompson.

The Exiles opened the scoring with their first attack as wing Matt Williams was first to Peter Lyon’s deft grubber into the in-goal area, but Ealing Trailfinders were soon in front when Grieve was on the end of a rolling maul.

The score instilled the hosts with confidence and Harries and Chris York both tested the Scottish defence with strong runs. It was the visitors who scored next though when Jason Harries was first to Lydon’s up and under to score in the corner. Soon after Lydon knocked over a penalty to stretch their lead further.

London Scottish enjoyed the ascendancy for the rest of the half, but Will Harries showed great strength to hold off three would-be defenders to score in the corner to close the gap.

The Exiles had the last word in the half when captain Mark Bright scored from the back of a rolling maul, which along with Lydon’s conversion meant that the visitors enjoyed a 10-point lead at the break.

Ealing Trailfinders enjoyed the upper hand at the start of the second half and while they were unable to break through, London Scottish were equally culpable of spurning chances, first when Locke fumbled close to the line and then when Adam Kwasnicki overthrew a line-out.

Bright broke the deadlock with his second in identical fashion and substitute David Hallam stretched the visitors lead further when he popped up on the shoulder of Matthew Heeks close to the line.

Phil Chesters nearly opened his account for the season, but was stopped close to the line. It marker an upturn in their fortunes, but the Exiles’ defence held off Ealing Trailfinders best efforts until Alex Walker spied a hole in their line and scooted through it. The final word went to the Exiles though when Lydon slotted his second penalty on the final whistle.