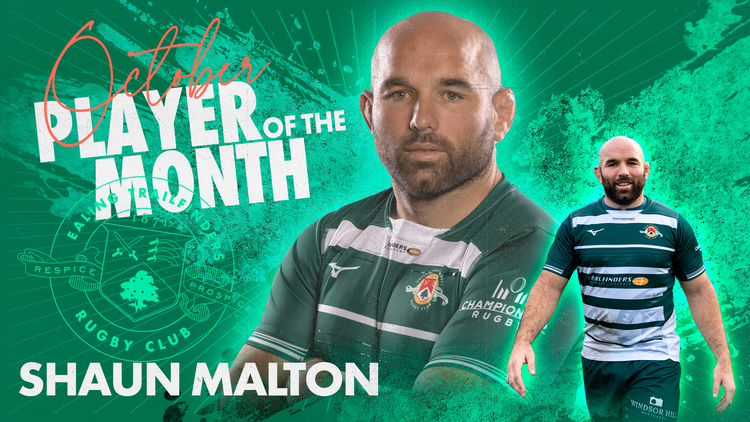 After a great October, Shaun Malton has been named as the Ealing Trailfinders Player of the Month.

The hooker has made a real impact in every game during throughout the month, and as Halloween approached he continued to frighten defences!

Starting all four games, Shaun was effective at the set piece, working well with the jumpers to ensure strong line out retention and supported the props well at every scrum.

He helped the team keep up their 100% winning record so far this season as he came away with three tries in the four games, with one against Coventry and two at London Scottish.

This award isn't the first time his performances during October were noticed. Shaun was named in the Championship Clubs Podcast Team of the Week after our game against the Exiles, alongside fellow Trailfinder Rayn Smid.

Then, a week later, he was awarded the Bread Street Player of the Match after our exciting encounter against Nottingham at Trailfinders Sports Club.

Your next chance to see Shaun and the boys play in a game at TFSC will be in our Championship Cup Round 3 clash against Jersey Reds on Saturday 19th November at 2pm. You can buy tickets for the game by clicking here.