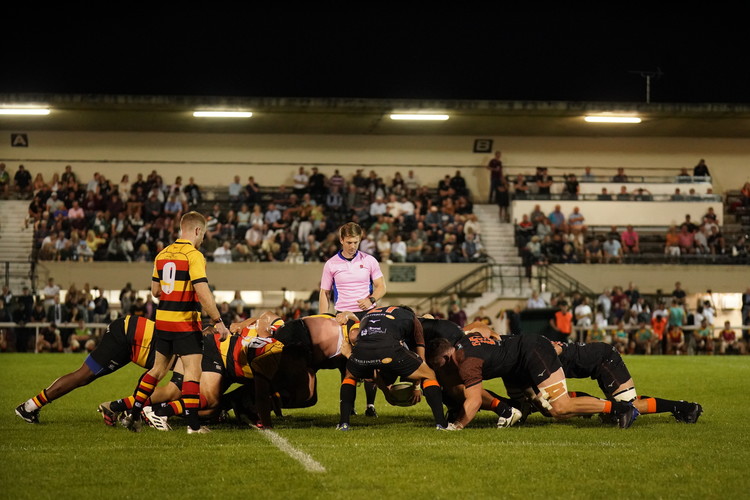 The full match report from tonight's 26-35 preseason win over Richmond.

Ealing Trailfinders came out on the right side of the result but were pushed to the end by a strong and spirited Richmond side.

The Green and Whites started very strongly, with Angus Kernohan crossing in the corner after only three minutes following some good build up play from the forwards in the middle of the park. Dan Lancaster impressively added the extras from the touchline.

It only took a matter of moments before we crossed again. Another strong break brought us within five metres of the line. Ollie Fox spotted a small gap around the fringes of the ruck and managed to snipe over for his first score in Ealing colours. Dan Lancaster slotted the conversion from the other touchline and we were 0-14 up.

After our strong start, Richmond were always going to respond and they slowly built into the game.

After 20 minutes they looked like they would score from the rolling maul, but the pack did well to keep them out and force the penalty.

They continued to build into the game further, managing to create an overlap out wide. The scramble defence did well so the hosts kicked through near our line. Jack Metcalf was adjudged to have pulled the attacker back and so was shown a yellow card and we were down a man.

From the resulting maul, the hosts bundled over making it 7-14.

We could have let this rattle us, but instead we responded in the best possible way. Keeping it tight and eventually getting within five metres of the line. We forced a penalty and Carlo Tizzano took it quickly and muscled over for his first Ealing try. Lancaster made it 3 from 3 from the tee and we were 7-21 in front.

With the clock in the red, Richmond managed to score another rolling maul and it was Richmond 12-21 Ealing Trailfinders at the break.

We came out at the start of the second 40 fast but were unable to turn this dominance into points.

As the half continued we struggled to get any momentum in the game and ill discipline saw two more sin-bins as Richmond took the lead from two more rolling maul tries.

With 10 minutes to go, we were camped on Richmond’s line and Tizzano eventually managed to barge over for his second of the night.

With the confidence from that score we started to play with the quality that we know we can and eventually Luke Daniels scored in the corner to secure the nine point victory.

We're back at home next weekend as we face Zebre Parma in our final preseason match (kick-off 3pm). Get your tickets here.