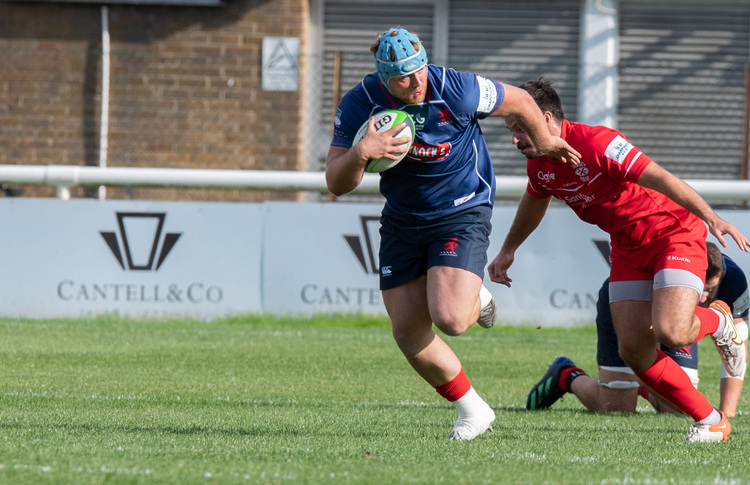 Trailfinders had four representatives running out at the Athletic Ground this weekend as London Scottish welcomed Jersey Reds to South-West London.

Prop Elliot Chilvers, second-row David Douglas Bridge and winger Josh Gillespie all started the game while Trailfinders Rugby Academy player Lawrence Mason made his debut for the Exiles from the bench.

After a physical start, Chilvers was taken off early, but Scottish did well to contain their full time opponents and they only trailed 12-7 at the half-time break. Scottish did well to absorb a lot of pressure in the first half, but this changed in the second 40. Jersey ran in seven second half scores as they ran out 55-21 winners.

Josh made good in-roads throughout the game while David worked tirelessly around the park and at the breakdown. The standout performance however came from Lawrence, who was a real menace off the bench. He made several clean breaks and his quick thinking helped setup Scottish’s third and final try as he received a quick line-out before providing the final pass for winger Zach Clow to score.