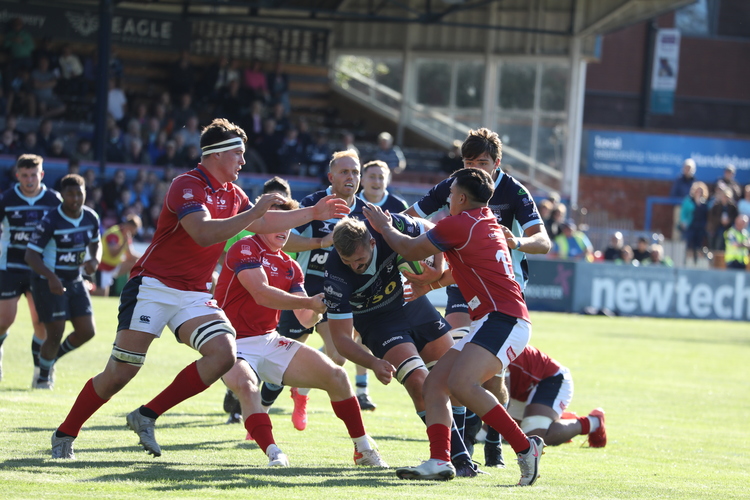 Away from our tough battle at Dillingham Park, there was just the one fixture this week which featured some of our loan or duel-registered players.

In what was a thrilling 85-point affair there were two Trailfinders in action for the Exiles at Goldington Road. Trailfinders Rugby Academy product Cam Terry made his debut for Scottish at hooker, while new signing David Douglas Bridge started in the second-row.

The visitors begun the contest slowly and Bedford raced out to a 21-0 lead after 15 minutes. Scottish however stayed in the fight and managed to tie the game up at 31-points apiece after just over an hour. Ultimately, the Blues proved too strong, and after two more tries and two penalties, they eventually ran out the victors.

Both of the boys played well, with David putting in a very solid and industrious display around the park and almost scoring a try on his Scottish debut, but was agonisingly just held up.

Cam also put in a great account of himself, nailing his set piece and throwing excellently. He was a rampant carrier and scrummaged really well to set up a platform for the rest of the side.