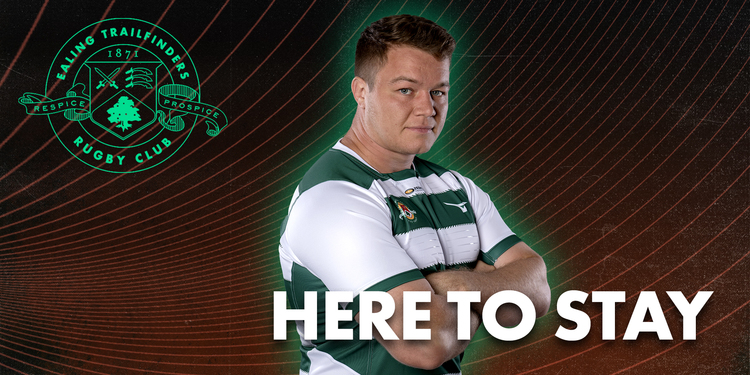 Ealing Trailfinders are delighted to announce that prop Kyle Whyte has signed a new long-term contract with the club.

Kyle moved to Trailfinders Sports Club two years ago from league rivals London Scottish after impressing at the Athletic Ground.

He took this fine form from the Exiles with him to West London, as he featured in all but one of the fixtures during the reduced 2020/21 season as the squad made it to the Championship play-offs against Saracens.

Last season he was another regular within the squad, able to start matches or make an impact from the bench, making 18 appearances throughout the 2021/22 campaign.

Commenting on his contract extension, Kyle said: “I’ve loved the last two years and I’m really pleased to be staying at the club. Since I’ve been at Trailfinders I feel I have improved as a player and I can’t wait to kick on and see what we can achieve as a squad.”

Director of Rugby Ben Ward, said: “We’re really pleased Kyle has re-signed. He has been a powerful and consistent addition to our squad and will continue to be a crucial part of the team going forward.”