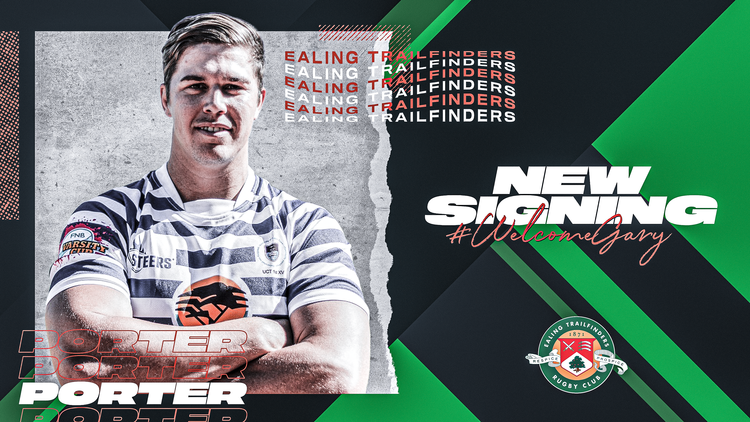 Ealing Trailfinders are pleased to announce the signing of Lock Gary Porter from South African side UCT Ikeys, joining the club ahead of the 2021/22 season.

The 6’7 forward weighs in at 112kg and was born in KwaZulu-Natal, a coastal South African province.

The 24-year-old has played a vital role for the UCT Ikeys helping them remain unbeaten this season in FNB Varsity Cup, reaching for the final for the first time since 2014.

Gary Porter has spoken of his excited for his move to West London.

“Moving from South Africa, I am extremely excited to be joining the club, and hopefully contributing to its success in the future. Ealing Trailfinders have been playing incredibly attractive rugby, and I can't wait to be part of that.”

Trailfinders Director of Rugby Ben Ward is looking forward to welcoming the South African to the Trailfinders.

“We’re looking forward to Gary arriving and having him on board, having watched him play over the last 24 months. He is a strong and abrasive player who will compliment our group of locks. He also has the ability to play in the back-row, as well as call the lineout.”