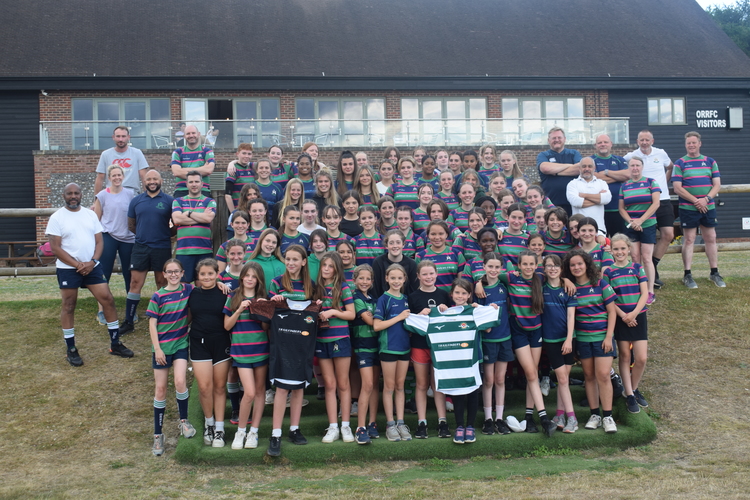 Ealing Trailfinders have added Old Reigatian RFC to their list of partner clubs to help develop a pathway for their girls programme.

The girls programme at the club is already thriving, with their U15s being crowned National Champions, while the U18s had three players selected in the England U18 Touch team that will play in the European Championships next month. There are over 100 players and 26 volunteer coaches who are split into four different age groups that train on a Wednesday and Sunday. Given the current success of their girls programme, the club are looking to create a senior women’s team in the near future.

The partnership will not only help develop a pathway for their players, but also will be used to help improve other areas of the club, such as:

Chairman of Old Reigatian RFC, David Forsyth said, “The size and enthusiasm of our girls section is a huge testament to the hard work of all our coaches and volunteers.

“This partnership is a massive opportunity for the club and for the girls themselves and we’re delighted to be involved and associated with Ealing Trailfinders.”

Old Reigatian girls player, Renae Baker said, “This is a really great opportunity to have a pathway into the elite women’s game and I’m really excited about what it will mean for us players and especially the younger girls at the club.”

Simon Sinclair, Chief Operating Officer of Ealing Trailfinders Academy and Women’s Programme, said, “Old Reigatian are a proud club that already have a very strong girls section across several age groups. We’re delighted that the club have become a partner of our Place of Development (POD) as we look to support local girls and give them a pathway for further development.”

Old Reigatian RFC join Farnham RUFC in being one of our POD partner clubs as we look to support and develop the girls game. Further partnership will be announced in the near future.