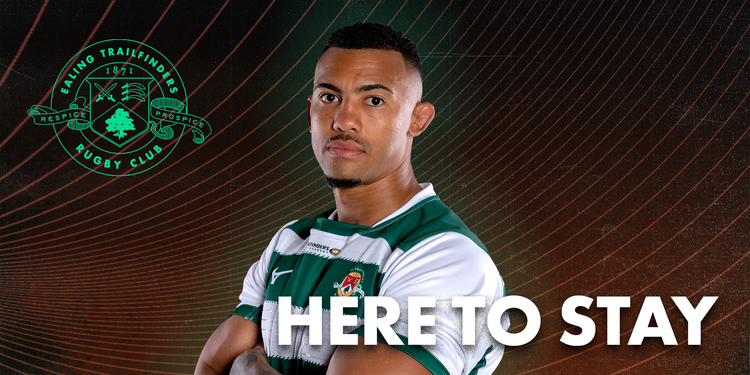 Ealing Trailfinders are delighted to announce that Bobby De Wee has signed a new long-term contract with the club.

The second row moved to Ealing in January 2021 from PRO 14 side Southern Kings and has played in every league game since joining.

He made an impact almost immediately, helping the West-Londoners win the Trailfinders Cup and make it to the two-legged promotion playoff fixture against Saracens. Off the back of a successful first year, Bobby was named in the second row of the Championships Clubs Podcast Team of the Season, alongside British & Irish Lion Maro Itoje.

After recovering from the disappointment of the playoff, Bobby took his game to another level throughout the 2021/22 campaign. Starting 17 out of the 20 league fixtures and making an impact off the bench in the other three, his physicality and work rate helped him retain his place in the Team of the Season and he was an important part of the club being crowned Championship winners.

When discussing his re-signing, Bobby said: “I’m loving my time here at the club and so it was a bit of a no-brainer to re-sign. I get on well with the boys and the coaches and it really feels like I’m part of a huge family.

“All the new boys that have joined us this year have really bought into what we trying to achieve and go one step better this season, so I’m excited to be a part of that journey and contribute to it on and off the pitch.”

Director of Rugby Ben Ward added: “Bobby is a great individual to have as part of our team. He is a player that never takes a backward step and he drives standards both on the pitch and in training. He was one of the standout performers in the league and will be an important player for us as we look to fulfil all of our ambitions.”