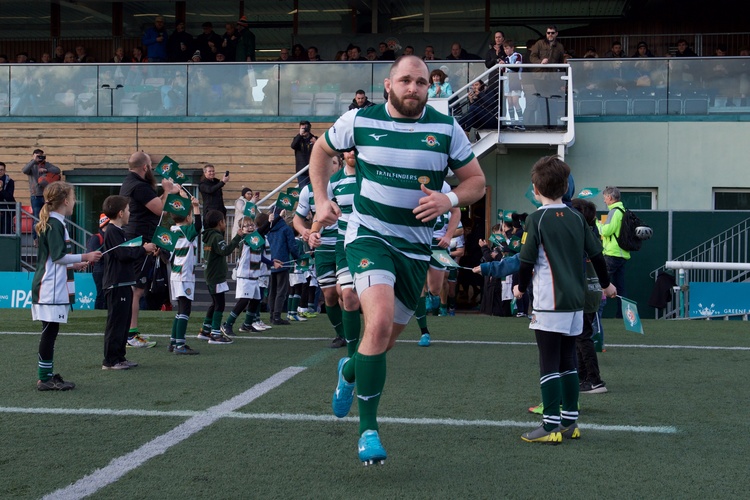 The prop returned to West London for a second spell in October after making seven appearances at Franklin’s Gardens, and has settled back in to life in Green and White.

The prop is one of the most experienced members of the squad having played 94 times for the Trailfinders, making him on course to become just the second centurion at the club in the professional era.

Davis originally signed for the club back in 2014 for a four year spell, which included winning promotion from National One as well as the British & Irish Cup. His partnership with the likes of Alun Walker in the front-row has been crucial to the scrum moving forward in recent years.

The loose-head is hugely excited for what is to come in West London.

“It was an easy decision to rejoin Ealing Trailfinders permanently. I loved my time in the Premiership with Saints and I’ve come back to Ealing a better and more mature player.

The challenge for me now is to consistently show that and help push the group forward as a senior player. The club is building nicely on and off the field and with the return of Alex Codling and the squad we have, I can’t wait to get stuck into training and see what we can achieve this season!”

Director of Rugby Ben Ward says Davis is another great signing for 2020/21.

“Will has been with us for a long time and knows the club inside out. After seeing us transition from National One to the top end of the Championship he understands our journey better than most.

His scrummaging has always been a strength but his play around the park is also a big plus for us, and we are delighted that he will remain with us.”