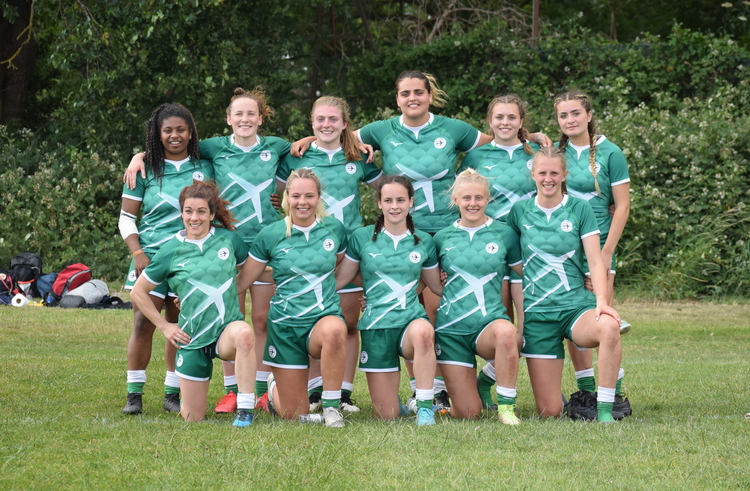 Trailfinders were delighted to sponsor its first ever Women’s 7s Team who ran out unbeaten winners at last Saturday’s Summer Social at Richmond.

Ealing Director of Rugby Ben Ward and Women’s Performance Manager Lou Meadows recognised a gap in the pathway for aspiring England 7s players who are called into training camps but then don’t get the chance to compete as a team. Trailfinders approached England 7s to offer a great opportunity for these players to play together as a squad in a competitive tournament. Amy Turner (England U20s) led the coaching team and communicated with James Rodwell (Head of England 7s) throughout the competition. Trailfinders also called upon former England and Olympic 7s player Alice Richardson-Watmore to provide tactical coaching.

Late call-ups to the England squad and the Super 7s Series required Lou Meadows to select players from the Ealing Trailfinders U20s programme, including Sophie Malton of Henley College: “Having watched Sophie in training and at recent tournaments, I knew she would be ready to step up to this level. With younger players it is really important to consider their mental and emotional ability to cope with senior rugby and I discussed this carefully with Kim Oliver, her coach at Henley, who also spoke with her parents. We agreed that this would be a fantastic opportunity for Sophie if she wanted to be involved and I'm so glad she did because she was fantastic. Her energy, determination to learn fast and her can-do attitude was a great example of the exciting talent we have coming through our women’s pathway.”

The Trailfinders Team (who featured a number of Premiership players who form part of the wider England 7s squad) showed their class and talent by winning all three pool matches against Thamesians, Belsize and Tropic 7s. They then proved too strong for the Wild Dogs in the semi-final, before seeing off a skilful Jesters squad to secure the Summer Social title.

Simon Sinclair, COO of the Women’s Programme, commented: “This was a fantastic chance for us to start showcasing our vision and strategy for the women’s game. With our exciting plans and financial investment into growing the girls and women’s game this was a perfect start for us. We are really pleased for Lou and the team and we are very excited to share more news in the coming weeks.”