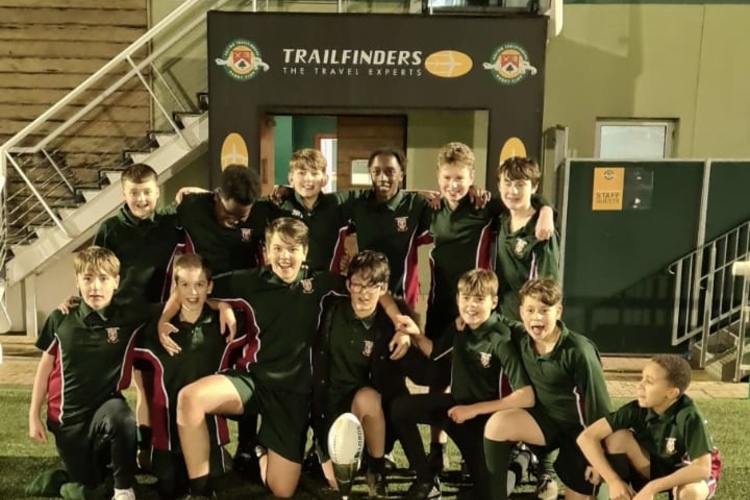 The tournaments are taking place at Trailfinders Sports Club, giving children the opportunity to use the same facilities as professional rugby players. The aim of the cup is to encourage traditional non-rugby playing schools to take to the field, enabling kids to participate that may not have had the chance to previously. Alongside this, the aim of the competition is to start to create links between Ealing Trailfinders and local secondary schools.

On November 22nd, in the Year 8 ‘Ealing Trailfinders Schools Cup’, the six schools involved were; Ealing Fields, Twyford, William Perkin, Ada Lovelace, Elthorne Park and Vyners. The tournament operated with a 12-a-side, round-robin format, with the two sides finishing top going through to the final, Vyners High School went on to win the cup.

Head of Ealing Trailfinders Community Department Danny Harlow, who organised and ran the event was pleased to welcome Year 8 pupils from local schools, “It was brilliant to see Trailfinders Sports Club playing host to almost 100 kids, all enjoying themselves in what was a great evening for pupils and staff. I hope this can turn into an annual tournament so even more children are able to take part in the future.”