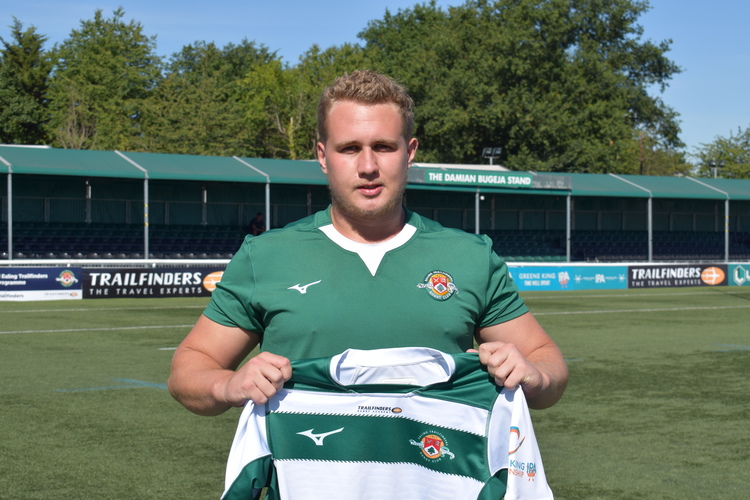 Ealing Trailfinders are delighted to reveal the next five members of the Trailfinders Rugby Academy with Brunel University London.

Ethan Pearce-Cowley joins from Exeter Chiefs Academy as an exciting loosehead prop. After being educated at St Austell School he headed to Sandy Park, and his performances there earned him a call up to England Counties Under 18s.

Oliver Frostick, a tighthead prop adds more quality to the front-row. He went to William de Ferrers School in Essex, and played for Maldon RFC which led to him representing Scottish Exiles.

Alfie Beckett, who went to Magdalen College joins from Wasps Academy. The loosehead prop is another strong addition to the scrum, and he has also played for Berskhire County.

Matt Cannon, a second row or back rower who attended John F Kennedy Catholic School was previously a part of the Saracens Academy. He already has National rugby experience as he spent time with Old Albanians.

Luke Talbot, a fly-half or centre arrives from Chailey School and also went to Henley College, showing the strong link between the two. He has represented Middlesex County, and also played for Lambs recently.

Head of Rugby Gareth Rise is excited to see these players develop in the Trailfinders Rugby Academy.

“Ethan has great pedigree as he arrives from Exeter, and he is an extremely powerful prop with a very good frame. His physical attributes give a great platform to build on, and he will relish working with Steve Neville on his scrummaging.

Oliver epitomises what our programme is all about after he missed out on an opportunity in a Premiership academy. He comes in with a lot to prove and great potential.

Alfie has a very good skillset for a front-rower and an outstanding understanding of the game, so we feel that he will develop very well here.

Matt is very diligent and has a strong understanding of his position. His National League experience with Old Albanians gives him a real springboard to achieve.

Luke is one of the first players to come through our link with Henley College and is a very exciting player. He has a well rounded skillset, and is very comfortable at either fly-half or centre."