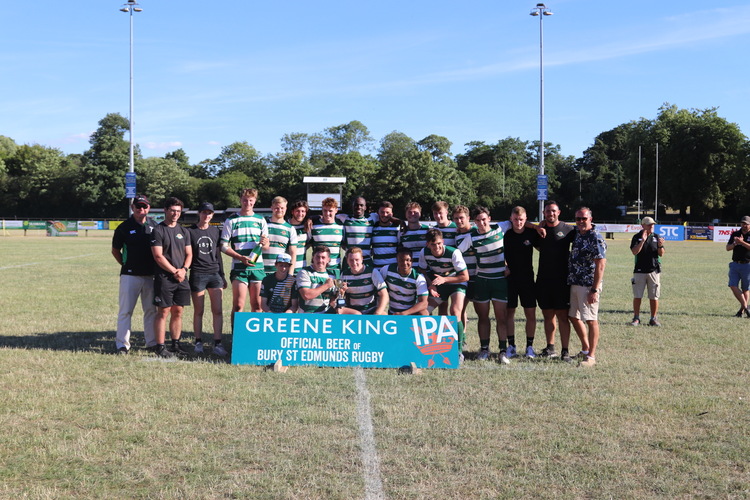 The format of the tournament saw a round one qualifying game to determine whether the team made it into tier one or tier two of the competition. The boys were drawn against Bury St Edmunds Academy, and comfortably dispatched them 62-0.

The victory saw the Trailfinders put into pool A along with Samurai Renegades and Lambs. The first pool game was against Samurai Renegades, whose side included former England International and Bath Rugby winger Semesa Rokoduguni as player-coach. Despite the star quality of their opponents, the green and whites did not let this faze them and ran out 22-0 winners.

The second pool game game against Lambs also saw a 22-point margin, as the West Londoners topped the group after a 32-10 victory.

This lined up a semi-final against Apache. The knock-out game was a clear step up in comparison to the pool stages, as the specialist 7s side started strongly and went into half-time in front. However, Trailfinders used the break to regroup and were able to overturn the deficit and run out 24-14 winners and advanced to the final.

The opponents standing between Trailfinders and the Tier 1 Cup were Oxfam Crusaders, and much like the semi-final their opponents were leading at the break, 14-12, due to an extra conversion. In the second half the young Ealing Trailfinders were able to push on and ended up 26-19 winners at the full-time whistle.

After handshakes, the whole team were able to gather on the pitch to lift the Tier 1 Cup. There were certainly some future stars out on the pitch during the tournament and our thanks go to Bury St Edmunds RUFC for organising such a great event.