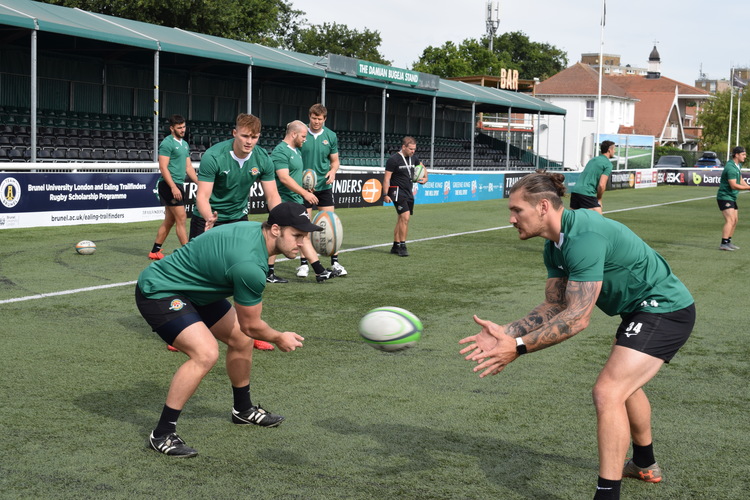 New signing Michael Van Vuuren spoke to The Rugby Paper to discuss the best XV that he has played with or against.

1. Sakaria Taulafo – The former Wasps and Stade Francais Samoan was an absolute powerhouse. When he was packing down in the front row the scrum very rarely didn’t go forward.

2. Schalk Brits – Someone who revolutionised the way hookers play the game. A high rugby IQ with an unbelievable attacking skillset. Always played the game the right way.

3. Carl Hayman – A legend of the game and someone who modernised the tight-head position.

4. David Ribbans – Young and uncompromising player who loves running hard at the heart of the defence, he has a bright future and long career ahead of him.

5. Luke Charteris – One of the nicest people you’ll ever meet, a leader of men and someone you’ll run through a wall for. He was a great example of professionalism and humility.

6. Toby Faletau – Another one of my former teammates that I admire greatly. His attacking ability is special and someone I believe is simply too good to not make this team.

7. Francois Louw – An absolute beast over the ball, someone who led with his actions. Retiring as a world champion is a just reward for his service to the game.

8. Sergio Parisse – The best captain I’ve ever played under and one of the most talented rugby players I’ve ever had the privilege of playing with. There wasn’t anything he couldn’t do on the field. He had an aura about him that you rarely see in a rugby squad.

9. Cobus Reinach – An electric player who has the ability to turn the game on its head with his pace and skill. Great to see him become a World Cup winner last November.

10. Jonny Wilkinson – It’s not often you’re in absolute awe of one of your opponents, but Jonny is certainly the exception. Sheer class, on and off the pitch.

11. Taqele Naiyaravoro – A brutal ball carrier for Northampton who is an out and out game breaker on his day.

12. Matt Giteau – Another one of the greats who donned the Toulon jersey of the early 2010s against Stade Francais. He had poise and skill that allowed him to see the game in a different way, almost like he was playing a video game.

13. Manu Tuilagi – Frightening ball carrier and one of the best rugby players of my generation. Pretty much unplayable on his day.

14. Semesa Rokoduguni – X-factor!! A player who is mesmerising with ball in hand, his ability to break tackles is second to none. An absolute nightmare for defenders. I had the honour of marking Roko when the bin juice team needed numbers and, needless to say, my defensive deficiencies were greatly highlighted on those Thursday afternoons.

15. Anthony Watson – The ultimate professional, extremely dedicated to his craft and on his day can shred defences to bits. One of the great English back three players of his generation.