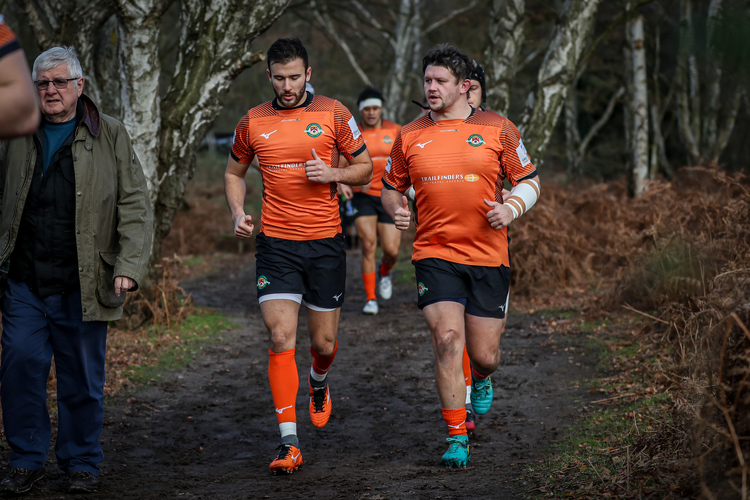 Our hooker spoke to the Rugby Paper to choose the best XV he has played with or against.

1. Allan ‘Chunk’ Jacobsen – Scottish stalwart who won 65 caps between 2002 and 2012 and was a great bloke for a young kid like me learning the game alongside him at Edinburgh.

2. Sean Cronin – Oh boy, this guy gave me a very tough day at the office in my first senior year at Edinburgh. Top-class Irish international who’s won plenty of caps.

3. John Afoa – Wonderful player who has the skill-set of a back and took my mate Lewis Thiede under his wing when he was at Bristol. Still going strong at 36, quality guy.

4. Scott MacLeod – Tough man to play with or against, but a soft touch off the pitch! Real student of the lineout who is now doing a good job coaching the set-piece at Newcastle.

5. Rayn Smid – Another man who loves a lineout and often compares himself to Victor Matfield. Does a nice line in modesty too! Been a big influence for us since joining Ealing Trailfinders.

6. Kieran Murphy – Rayn Smid’s mentor (!) and hell of a ball carrier. Good club man who’s proved himself to be one of the most influential back rows in the Championship.

7. Andrew Durutalo – What can’t this guy do??!! He hits like a truck, runs hard and has all the skills you’d associate with someone of Fijian heritage. Such a talented player.

8. Netani Talei – Was man-of-the-match four times for Edinburgh on our way to the Heineken Cup semi-finals in 2012. We just missed out against Ulster but what a player!

9. Luke Carter – Great No.9 and a really good servant to the game, helping Ealing Trailfinders to establish themselves in the Championship. Biggest mouth in sport though – a pain for refs!

10. Francois Steyn – Howitzer of a boot and huge for a No.10. Got to play against him when I with Edinburgh and this guy had the lot – truly a Rolls Royce of a player.

11. Tim Visser – Big, powerful winger who proved he could score tries on any occasion. Great to have in a changing room too – a genuine guy who achieved good things in the game.

12. Tom Wheatcroft – Gangly fella who had the hands of a magician, but pace of a front rower! Seriously, did a great job for Ealing before moving to Coventry in 2016.

13. Nick De Luca – Hugely commanding presence around the Edinburgh club when I was a kid and knew what he wanted in a game. Big part of that Heineken Cup run in 2012.

14. Phil Chesters – You just can’t have a team without him! Could run for days and broke try records throughout the leagues. Incredible finisher, all you needed was to get him the ball.

15. Chris Paterson – A Scottish legend, his accuracy of the tee was unrivalled at the time and he was also one of the best guys I’ve had the privilege of playing alongside. True gent.