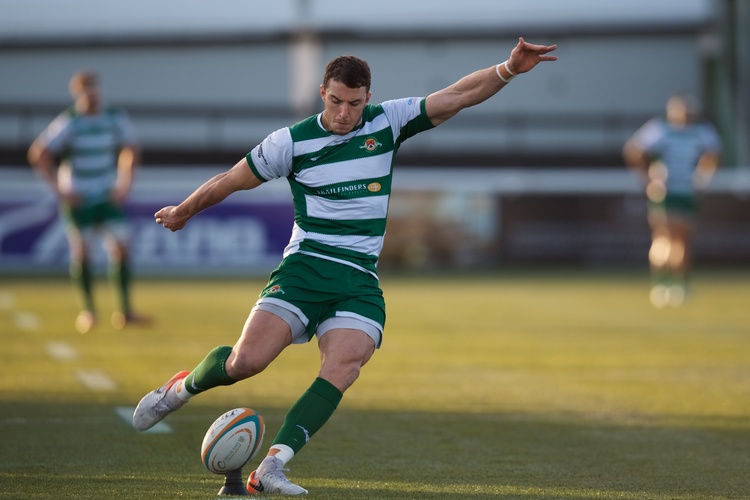 Ealing Trailfinders are delighted to announce that Steven Shingler has signed a new two-year deal with the club.

The new contract means that he will remain at Trailfinders Sports Club until the end of the 2021/22 season, committing his long term future to the West Londoners.

The fly-half has impressed during his first year at Ealing Trailfinders, making 13 appearances whilst battling out with Craig Willis for the number 10 shirt throughout the campaign.

He began his career at Llanelli before moving to London Irish in 2011 for his first stint in English Rugby. After making 47 appearances there he headed back to Wales with the Scarlets and stayed there for three years, playing 75 times and scoring an impressive 348 points.

In 2016 he signed for Cardiff Blues, scoring 205 points in 60 appearances. On the international scale he has represented Wales at Under 20 level 14 times, and has also been called up to the senior squad twice for their tours to Japan and South Africa in the 2013/14 season.

The fly-half is delighted to be staying in West London for another year.

“I believe the club is in a great place and the ambitions are still very much the same as when i joined.

The only difference is I didn’t realise I would enjoy it so much. I genuinely look forward to going into training everyday and doing something I enjoy. Me and the wife are very much enjoying life in London and Ealing.”

Director of Rugby Ben Ward sees Shingler as a crucial part of the squad over the coming years.

“We are extremely pleased to have secured Shings’ services for the next two years. He is a real leader amongst our squad and I have no doubt that he will contribute a huge amount as we continue to grow towards our aim of playing in the top tier

Him and Craig Willis push each other hard and I enjoy working with both of them developing our attacking game.”