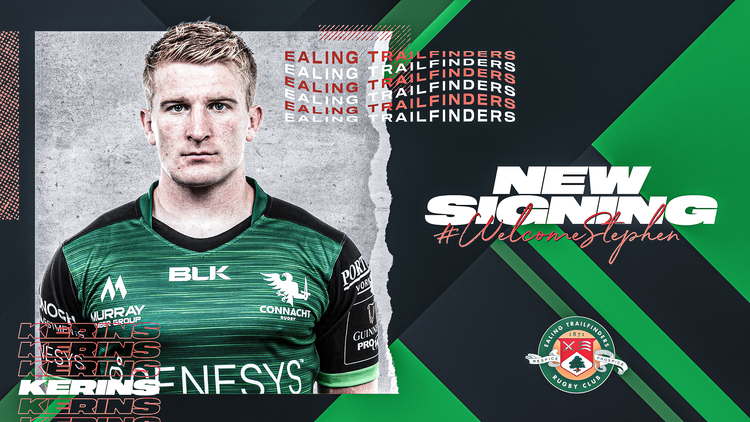 Ealing Trailfinders are set to bolster their options at Scrum-Half, as Connacht’s Stephen Kerins is set to make a move to West London.

The 25-year-old, who made his senior competitive debut for Connacht in their 33–27 away victory against French side Bordeaux Bègles during the 2018–19 Challenge Cup in January 2019, will join up with Ben Ward’s side ahead of the 2021/22 season.

A former Ireland U20, Kerrins is also looking for increased game time having made just two appearances off the bench this season, as he finds himself behind Kieran Marmion and Caolin Blade at Connacht. He has spent the first half of 2021 at Bristol Bears to act as cover at half back for Pat Lam’s side on a short-term loan deal.

Speaking ahead of the move Kerins spoke of his eagerness to show what he can do at the club.

“I'm really looking forward to join Ealing Trailfinder ahead of next season. The brand of rugby played and the clubs’ ambitions have been real deciding factors for me. I'm excited to get there and give it my best.”

“Stephen has shown a lot of qualities which fit in well with our style of play here at the club, he’s quick at the breakdown and gets the ball moving on fast. He will give us another great option at Scrum-Half and we can’t wait to welcome him onboard ahead of next season.”