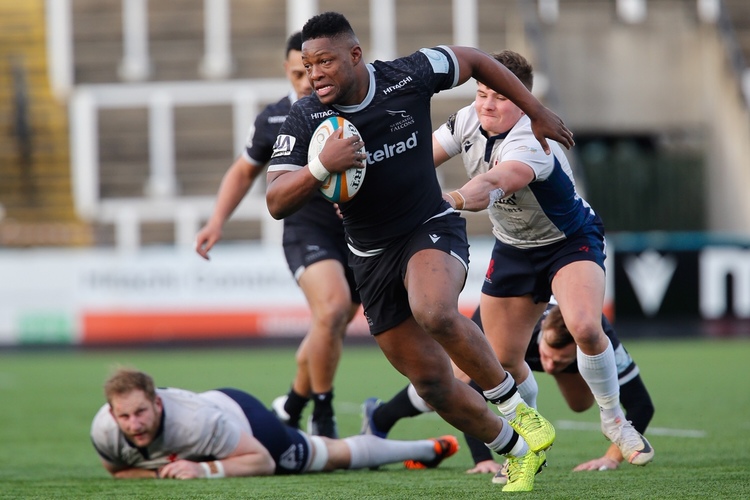 Ealing Trailfinders are excited to announce the signing of Simon Uzokwe from Newcastle Falcons for the 2020/21 season.

The back-rower has spent the last four years at Kingston Park, and was part of their Greene King IPA Championship winning squad this year.

The former England Students international joined the Falcons in 2016 from Darlington Mowden Park, where he played during his studies at Sunderland University.

Before that Uzokwe spent three seasons in Northampton Saints academy, and he made a name for himself with a prolific try-scoring run during Mowden’s 2015-16 season, much of which was spent playing at flanker, before earning his England Students cap.

Having helped Newcastle to the final of the 2017 Premiership 7s, he marked his Falcons first team debut with two tries in a win over Wasps, also scoring against Enisei-STM in the European Challenge Cup.

As well as Uzokwe’s arrival, we can also confirm that Shane Buckley and Oli Robinson will enter the second year of their contracts after originally signing two year deals last summer.

Uzokwe is excited to be heading to West London for a new challenge.

"I'm over the moon to be joining up with Ealing Trailfinders. The club is ambitious and play an exciting brand of rugby. I’m looking forward to getting into the club for pre-season and contributing as much as possible next season.”

Director of Rugby Ben Ward is pleased to be welcoming Uzokwe to Trailfinders Sports Club.

“After losing Jordy Reid and Andrew Durutalo who are both brilliant ball carriers, it was important for us to address in the balance in our back-row.

Simon is a player we believe can benefit massively from more game time and has game breaking abilities especially with his ball carrying and ability to get over the ball.”