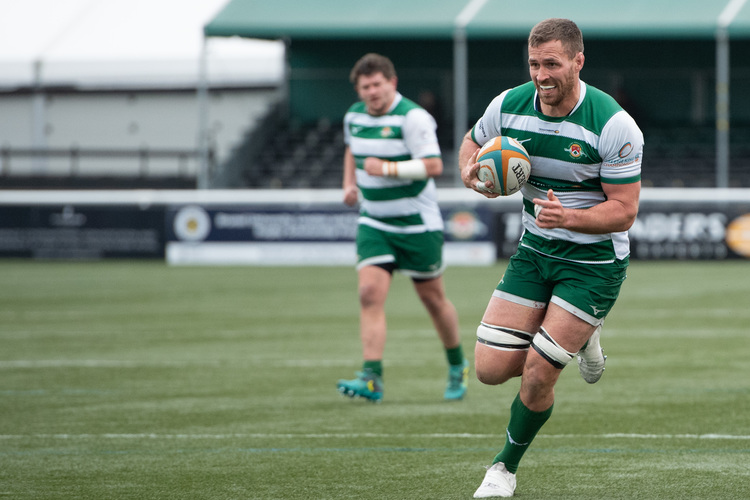 Ealing Trailfinders are delighted to announce that Rayn Smid has signed a new three-year contract with the club.

The Captain continues to play a pivotal role for the Trailfinders, and with 93 appearances already since signing in 2017, he will be aiming to become the second player to reach the century here.

He took over the captaincy last season and ended the campaign by lifting the Championship Cup after missing just one game all year. Once again he has been an ever-present throughout the 2019/20 season, scoring 11 tries in the process.

His consistency means that he has only been left out of one match day squad in the last two seasons, showing his importance to the team.

Smid moved up the M4 from Bristol in January 2017, and quickly made his mark, finishing the 2016-17 campaign with three tries in 14 matches. He joined Bristol in 2015 from Western Province in his native South Africa and he featured for the Cape Town-based team in the Currie Cup and Vodacom Cup.

The South African is delighted to be staying in West London for the foreseeable future.

“I’m extremely happy to sign on with Ealing Trailfinders, this club has massive ambition. The coaches have always treated me well, I really enjoy working with them and the squad too, so it was a no-brainer to sign on here. I look forward to playing a part in taking this club forward.”

Director of Rugby Ben Ward is thrilled to have Smid for the next three years.

“Rayn is our captain, his level of consistency each week is something that makes him stand out.

His robustness over the last few years, not just in games but also in training has been phenomenal. He brings so much on the field from lineouts, carries, speed and attack and is a fantastic leader off the pitch so it is great that he will be with us for the long term.”