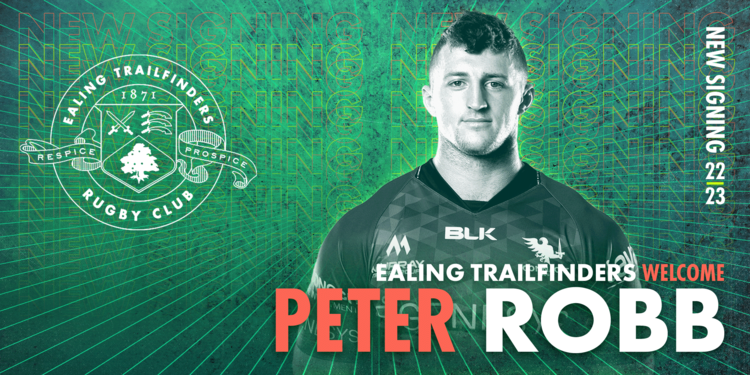 Ealing Trailfinders are thrilled to announce the signing of Irish centre Peter Robb ahead of the 2022/23 Championship season.

The powerful ball-runner arrives at Vallis Way following seven seasons at Connacht, achieving 49 appearances, and featuring in the 2015/16 Pro12 Final victory over Leinster at Murrayfield.

The Connacht Academy graduate, who grew up in Dublin playing rugby for Willow Park School and Blackrock College, has also represented Leinster U19s and was capped fives times by Ireland U20s.

Speaking ahead of his move to Trailfinders, Peter said: “I’m extremely happy to be joining Ealing and I can’t wait to link up with my new teammates. The club are building something special and I’m really looking forward to being part of their project.”

Director of Rugby Ben Ward, added: “We’re very excited to welcome Peter to Ealing. He is a physical and dangerous player, who will strengthen our squad and add firepower to our attack and defence. We’re delighted Peter has signed for Trailfinders and we’re looking forward to the impact he will make at our club.”