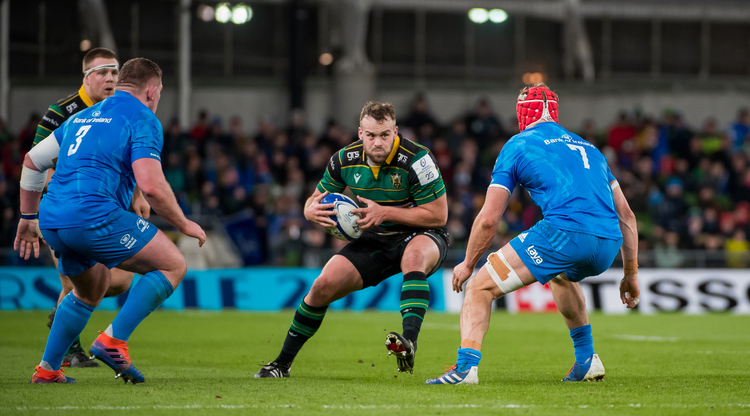 Ealing Trailfinders are pleased to announce the signing of Michael Van Vuuren from Northampton Saints.

The South African hooker has been at Franklin’s Gardens for the last year, and adds yet more experience to the squad for the 2020/21 campaign.

The English-qualified front-rower has played across the globe at the highest level consistently. He began in the Currie Cup and Vodacom Cup for Free State Cheetahs in his native country, before moving to France for an opportunity with Stade Francais in the Top 14.

He then moved to England in 2016, and has since played for Leicester Tigers, Bath Rugby and Northampton Saints in the Gallagher Premiership.

A former South Africa Under-20 international, Van Vuuren racked up 25 Premiership appearances for Leicester and Bath, and also played a part in London Irish’s promotion from the Championship during the 2018/19 season while on loan with the Exiles.

Van Vuuren is pleased to have a new opportunity in West London.

“I am really excited to be joining up with Ealing Trailfinders. They are a club with tremendous talent and exceptional coaches which I firmly believe will help in my development as a player.

The club is determined to reach higher levels and I’m looking forward to being a part of the journey and contributing to future success of the club.”

Director of Rugby Ben Ward is delighted to have secured the hooker’s signature.

“Michael is a player that we have been looking at for a long time and we can’t wait to see him in the Green and White.

He is a powerful ball carrier with a very strong set-piece, and we believe hooker is an area of huge depth for us moving forward.”