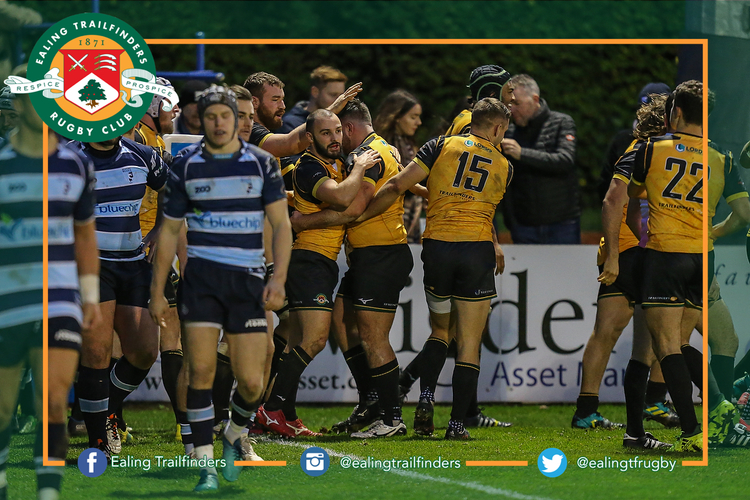 Watch all of the action from the narrow defeat to Bedford Blues at Goldington Road.

The Trailfinders came from 10-0 down to take an 18-16 lead with just 15 minutes remaining but a late try from Dean Adamson ensured that the hosts would take the points in a nail-biting 80 minutes.

Tries from Jordan Burns and Matt Cornish as well as eight points from the boots from Craig Willis looked to have put the West Londoners on the way to their seventh consecutive victory but it was the Blues who would secure the win in a hugely physical Greene King IPA Championship clash.

Watch the highlights below: