Merchant and Oliver excited for future of Women's rugby at Trailfinders 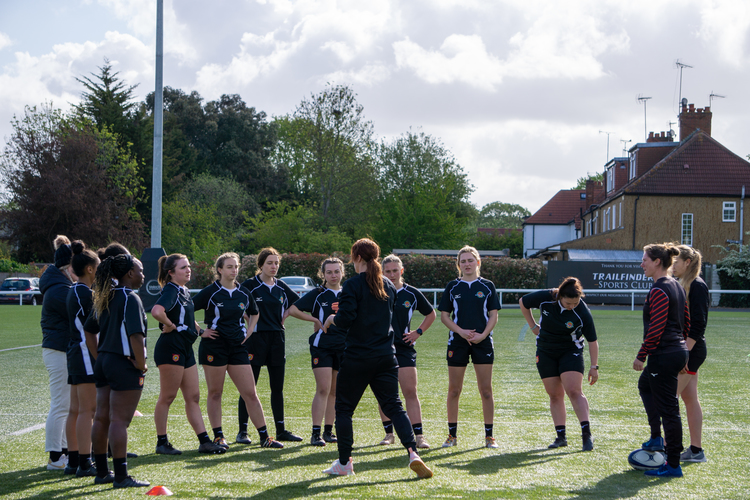 We speak to Kat Merchant and Kim Oliver during their opening fortnight of running The Trailfinders Trojans Academy.

The pair join the Trailfinders to head up the Henley and Brunel Rugby Women's Academies, as they look to build the Trailfinders Trojans Academy which will future proof Women's rugby at the club.

With the backing of Ealing Trailfinders Rugby Club owner Mike Gooley CBE, and Men's Director of Rugby Ben Ward, the West London outfit are ready to push forwards with plans of the club growing the Women's game.

Coach Kim Oliver is optimistic for the future and impressed with the backing from the club.

"Ealing Trailfinders are a forward thinking club, theres so much going on here all of the time, Ben has been really supportive, we know we also have the backing of the owner, and for us we don’t need or want anymore than that, we know that we can put our own stamp on this, we can build it to be what we want it to be and its an opportunity that neither of us have had before" she added.

"It’s a really exciting opportunity with a real mix of players, so that puts us in a good place where we can take them further, we have some good talented players here. It’s a forward thinking club, which is brlliant to be part of, even just being in and around the ground, you can tell with the atmosphere there is a really good buzz around the place. With what the guys are doing, the academy, and now what the girls are doing, it shows that we are all on the same path, which is really good." added Kat.

"It’s always important to have that experience within the side, those girls can lead and guide the younger players in their own way and I think that it’s really important that they have another voice other than Kat and I, people that they can engage with and ask more questions of. It’s always going to bring up the standard, and it allows them to feed off each other and help each other out" she added.

"I’m really excited to be part of a club that has a vision for all, to have this women's team here and to get Kat and I involved. Myself and Kat have known each other a long time so it’s good to bounce off of each other. We have a really fun group of girls that just want to learn, and they’re really good to work with."

For more information of how to get involved in The Trailfinders Trojans Academy please email Academy@etprm.com