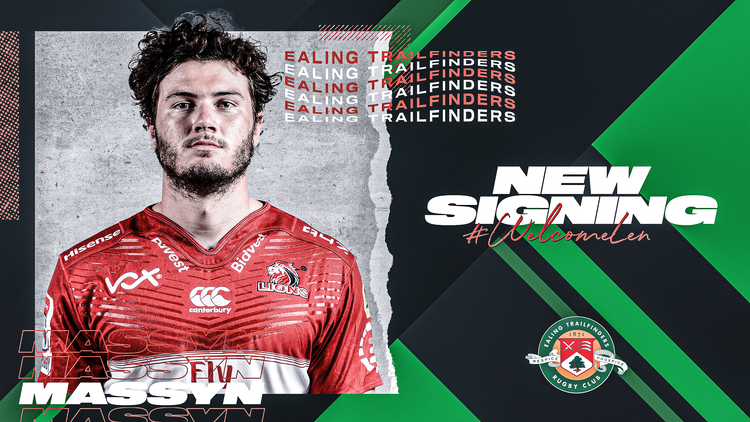 Ealing Trailfinders are delighted to announce the signing of Len Massyn.

The 24-year-old back row represented the Hoerskool Monument Lions in the Grant Khomo Week and Craven Week in 2013 and 2014.

Standing 6 ft 5 in tall, he has made 16 appearances in Super Rugby.

Speaking ahead of his move to England, Massyn has spoken of his delight.

“I am grateful for the opportunity to be a part of such an ambitious team. I believe Trailfinders will move from victory to victory in the years to come. I am looking forward to meeting everyone and to build a new home with my wife in Ealing.”

Ealing Trailfinders Director of Rugby has also spoken of his excitement for Massyn’s arrival.

“Len is going to be a great addition to our squad and we’re very excited to have him on board. He is an athletic player who carries well and hits good line. He is a good lineout option and can play at both six and eight. He is ambitious and wants to help us get into the Premiership.”