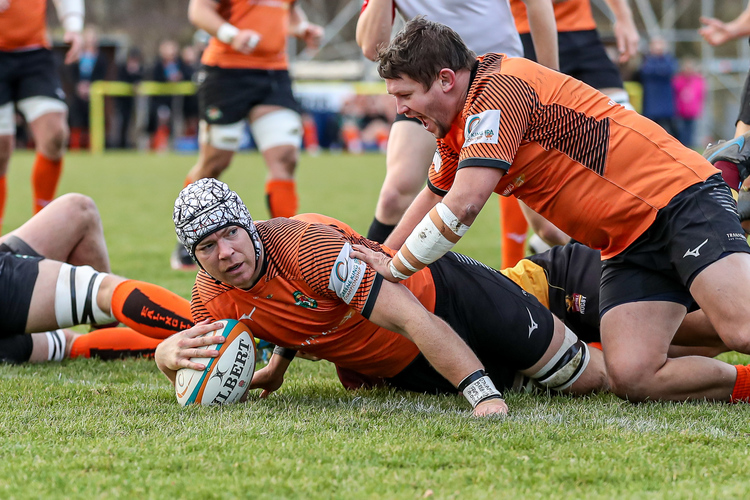 Ealing Trailfinders can today confirm that Kieran Murphy has signed a new contract at the club for the 2020/21 season.

The back-rower has made 61 appearances since joining in late 2016, and is another crucial member of the current squad to commit his future to the Trailfinders.

Murphy has built a formidable partnership with the likes of Rayn Smid and Shane Buckley throughout the 19/20 campaign and has also captained the team on a number of occasions over the last few years, showing his leadership skills.

He has vast experience after starting his career for the Scarlets in Wales before a spell with Brive in the Top 14 where he gained opportunities in European competition. From there he joined London Welsh, but would sign at Trailfinders Sports Club mid-way through the 16/17 season.

Murphy has been at the forefront of the progress in recent years, starting both the British & Irish Cup and Championship Cup Finals which saw silverware brought to the club.

The back-rower is pleased to be staying at Trailfinders Sports Club.

“It was an easy choice to stay here, I feel very at home at the club and I am excited to help them meet their ambitions of reaching the Premiership.”

Director of Rugby Ben Ward is delighted to have the Welshman for another year.

“Murph is a very important member of our squad and it is great that he will be with us for another season.

He is a model professional who works extremely hard, and with his experience and physicality we are sure that he will be a big asset next season.”