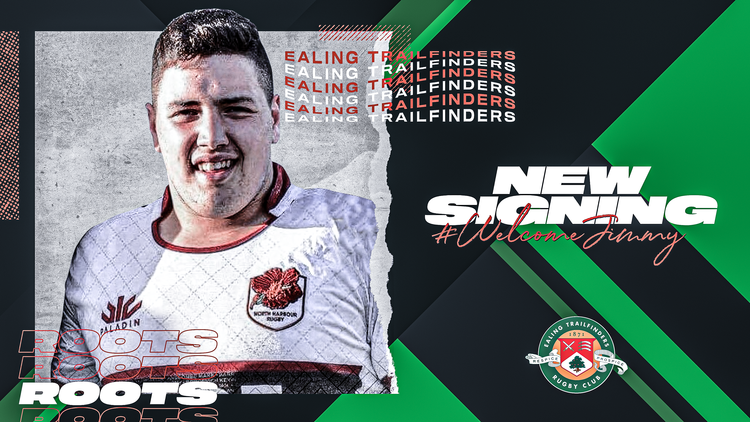 The New Zealand born 21-year-old will join up with Ben Ward’s side in November, at the conclusion of his duties in New Zealand.

The prop has made 12 appearances, scoring six tries during his time with the Kiwi side.

Speaking ahead of his move Roots has spoken of his eagerness to get started in West London.

“I’m humbled to have the privilege of joining an aspiring hardworking team like the Trailfinders. I’m really looking forward to growing and developing to my best as a person and player in this exciting and ambitious environment that Ealing Trailfinders have built. I can’t wait to meet my teammates, management and Trailfinders fans and make a new home for myself.”

Ben Ward has also spoken of his excitement to have Roots on board ahead of the new season.

“Jimmy is a player who we’ve been following for a while now. He’s a very physical young prop who I think will grow alongside our experienced front row. He comes with a good reputation and will join us at the conclusion of his duties in New Zealand.”