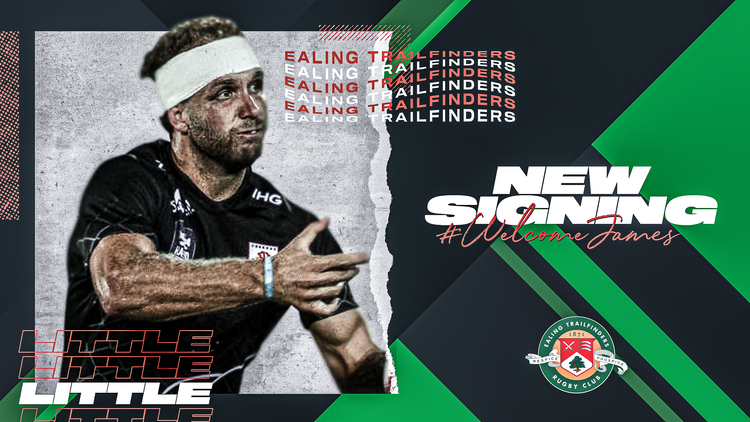 The New Zealand born 23-year-old will join up with Ben Ward’s side in November, at the conclusion of his duties in New Zealand.

Little has spent the first four years of his rugby career with Kiwi outfit North Harbour, making 17 appearances and scoring six tries during his time with the club. Before spending the last year with China Lions.

Ahead of his move, Little spoke of his excitement for his new challenge.

“I am truly grateful for the opportunity to play for such an ambitious team and develop as a person on and off the field. I’m very excited to meet my new teammates, management and supporters.”

Ealing Trailfinders Director of Rugby, Ben Ward, is also excited to see what Little can bring to his side next season.

“James has got a lot of attributes that we look for at centre, he’s a very fast thinking and dynamic player with a lot of pace and good footwork, which will see him fight for metres across the pitch. He can play both 12 and 13 and brings different skills to both positions. He’s going to be an exciting addition to our squad ahead of the new season.”