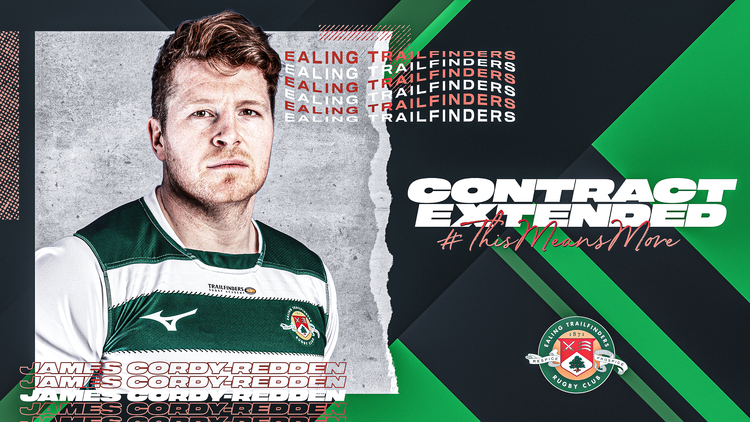 We are delighted to announce that winger James Cordy Redden has extended his stay at Ealing Trailfinders.

The experienced back has scored 5 tries over 9 appearances in the Trailfinders Challenge Cup and Green King IPA Championship this season.

James has been playing his rugby for the Trailfinders in West London for 5 seasons having accrued 81 appearances during that time.

Speaking on his contract extension James spoke of his delight be extending his stay in West London.

“I’m delighted to sign again for The Trailfinders for my sixth successive season and I’m very excited to see what we can do next season, and achieve as a team.”

Director of Rugby Ben Ward is equally excited to have James staying with the club for next season.

“It’s great to have an established player like James committing his future to the club. He’s played a huge role in our growth as a team over the past 5 years, with a number of key performances and I’m sure he will continue to do so into next season.”