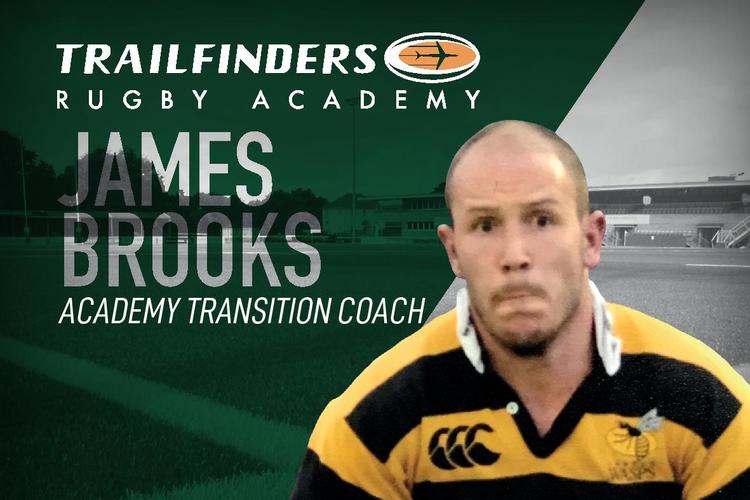 Ealing Trailfinders can today reveal that James Brooks has been appointed as Academy Transition Coach.

The former England Sevens player will join the ever-expanding Trailfinders Rugby Academy this summer in a new role to assist the players on their journey to the first team.

His rugby CV shows a huge amount of experience that he will bring to the programme, with a long career spanning nearly 20 years.

He played for the likes of Northampton Saints, Wasps and Leeds Carnegie in the top flight, and won both the Heineken Cup and Premiership during his time at Wasps.

Since retiring he has coached in Hong Kong as well as at Richmond and Old Ethamians organising their rugby programme with St Mary’s University.

Brooks is looking forward to his new venture at Trailfinders Sports Club.

“To be joining a club of this pedigree, as well as having huge ambitions in both the Championship and BUCS competitions is very exciting, and I’d like to thank Ben and his management team for the opportunity.

I’m excited to immerse myself in the environment, and offer myself fully to ensure the club’s future stars are in the best possible position to perform, both on and off the field.”

Director of Rugby Ben Ward is pleased to add another member to the Academy set up.

“We are delighted to be welcoming James to the club in another exciting new role. He has played at the highest level and has a huge amount of respect amongst the rugby community so we are looking forward to seeing him develop even more talent from the academy.