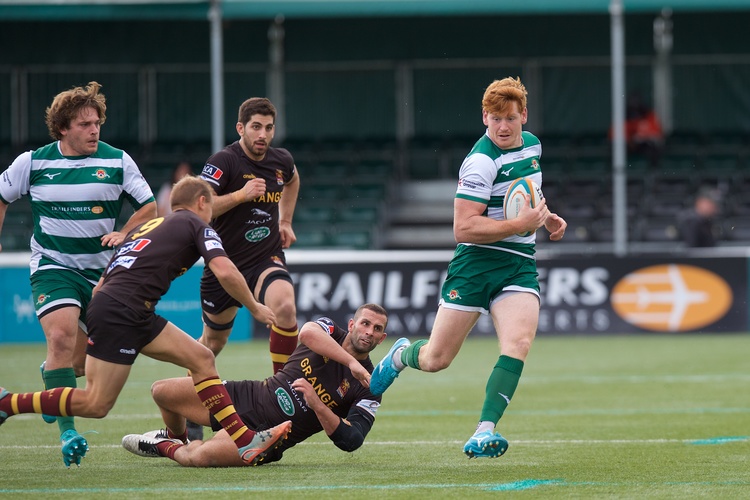 Jack Tovey is the latest player to have committed his future to Ealing Trailfinders, after signing a new contract at the club.

The centre started the season in fine form for the Trailfinders, scoring three tries in the opening two matches of the campaign. A back injury then kept him on the sidelines for a three month spell, but he came back in early February for the win over Hartpury and has been an ever-present since.

He came through the Bristol academy and spent a decade with his home-town club from 2009 to 2019, where he went on to make 189 appearances.

Tovey plays most of his rugby in the centre but can also cover both wing and full- back, making him a versatile member of the back-line. He crossed the try-line 37 times for Bristol, showing his try-scoring ability and whilst weighing in at over 100kg he adds plenty of size to the midfield.

The former Bristol man is pleased to have put pen to paper in West London.

“I am really happy to have re-signed with Ealing Trailfinders. I have thoroughly enjoyed my first year here, its a great group of lads who have been very welcoming and I have learnt a lot.

I am looking forward to what we can achieve as a club over the coming years.”

Director of Rugby Ben Ward says Tovey is another great addition for the squad.

“Jack is a very important member of our group and it’s fantastic to have him on board. His physicality is a massive part of our back line and with his experience he leads by example.

He knows what it takes to win the Championship and it is great that he has bought in to our vision.”