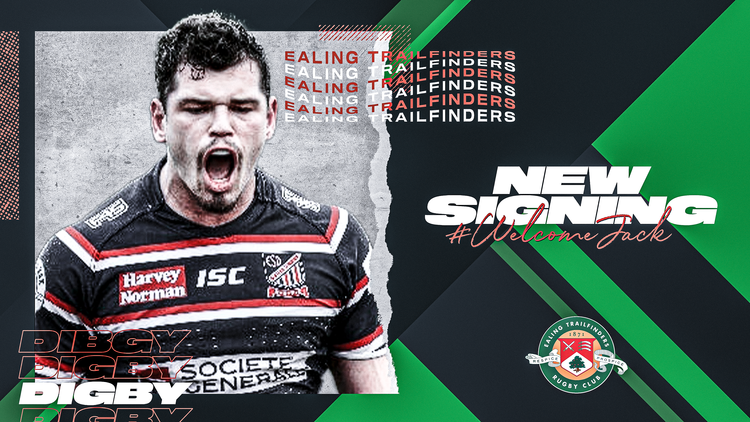 Ealing Trailfinders are pleased to announce the signing of Eastern Suburbs Back Row Jack Digby, who will join the club for the start of the 2021/22 season.

The 24-year-old who was born in Hammersmith, London has made seven appearances over the course of this season for the Eastern Suburbs in the Shute Shield scoring one try in the process.

The 6’4, 112kg Forward also had a short spell with the Sydney Rays in Australia’s National Rugby Championship, where he made 4 starts in the 2019/2020 season.

Speaking ahead of his move to the Trailfinders Digby spoke of his excitement.

“I’m super excited to be joining Ealing Trailfinders for the upcoming season. From the conversations I’ve had with Ben Ward it’s obvious he has a clear vision for the club, and I can’t wait to get stuck in. There are a lot of values of theirs and the clubs that I really relate to. It’s an opportunity for me to learn a different style of rugby while embracing a full-time setup. Plus, I was born in Hammersmith, so it will be nice to spend some more time in a place that has always felt like home.”

Director of Rugby Ben Ward is looking forward to welcoming the Australian to West London.

“We’re excited to have Jack joining us ahead of next season, we have been watching him for a while and talking to people in Australia about him. Everything that we have seen and heard has been really positive and we think there is a lot of room for him to grow. He is Back Row that can also cover Lock. He will bring a lot of power and physicality to the team as well as a high work ethic.”