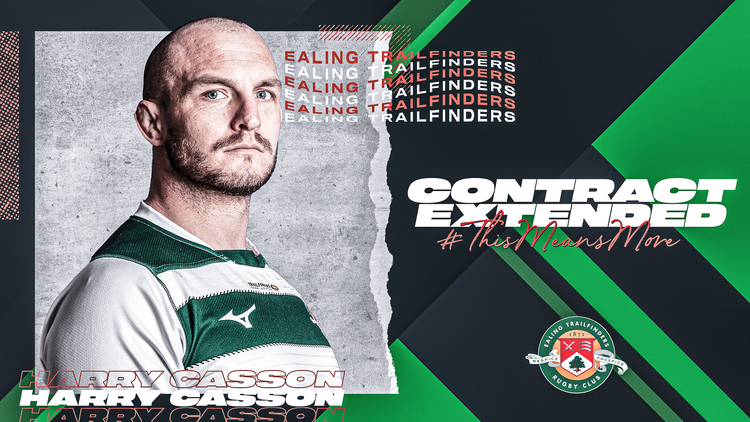 English Lock Harry Casson has signed a new contract to extend his stay at Ealing Trailfinders.

The 6’5 Forward scored in the opening weekend of this seasons Greene King IPA Championship in a comprehensive away victory at Nottingham.

Here’s what Harry had to say after agreeing to stay at the West London club for a sixth season.

“I’m thankful for the opportunity to stay. We’re building something really good here at the Trailfinders and we have a great group of guys, that I’m fortunate to continue contributing alongside.”

“We’re entering a very important time for the club, and to have a player like Harry extend his stay with us is really is really pleasing. He’s made a good impact since joining us back in 2016 and has become a key figure within the squad.”