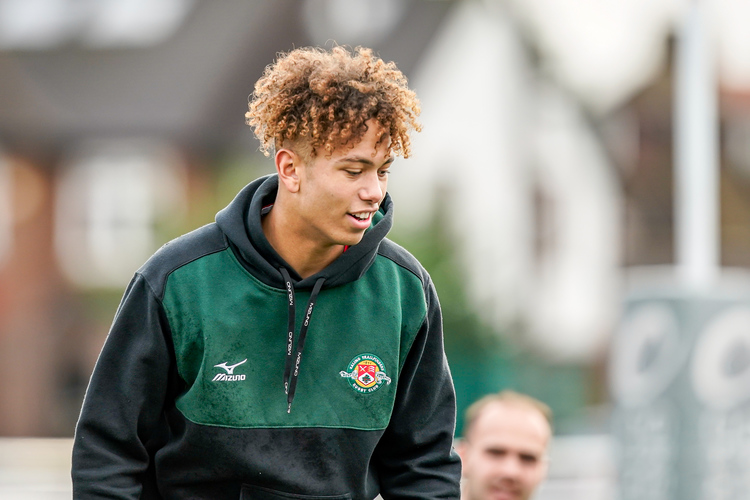 Ealing Trailfinders can today reveal that Harrison Obatoyinbo has left the club after Toulon activated a release clause in his contract.

The Trailfinders Rugby Academy star was promoted to the first team squad for the 2020/21 season, but was approached by the Top 14 side and has now left for France.

Obatoyinbo, who is formerly of Harrow School, is an electric finisher who can play across the back three. He scored nine tries in 11 matches for Team Brunel, and beat 74 defenders en route to the try-line throughout the year.

The three-time Heineken Cup Champions have activated his release clause, and he had had these words for everyone at Trailfinders Sports Club.

“The last 12 months with Ealing Trailfinders have been fantastic. They have a great rugby infrastructure and a genuine, supportive community of staff and players who have made me feel welcome and wanted.

Ealing Trailfinders is a great opportunity for young players with goals of being a professional. Thank you to everyone who’s helped me to kick start my career.”

Director of Rugby Ben Ward says the move is a sign of the significant progress made in the Trailfinders Rugby Academy.

“From a selfish point of view I am disappointed to see Harrison leave, however it is a hugely exciting opportunity and our job in the academy is to provide a platform for our young players.

I am proud of the progress that he has made and wish him well at his new club, we will watch his progress closely and he will be welcome back any time.

Again this shows that you don’t need the Premiership Academy route to make it as a professional, but an environment that supporters players and gives them opportunities.

We are extremely proud of how our Academy is building, and this shows how much talent we have in our ranks.”