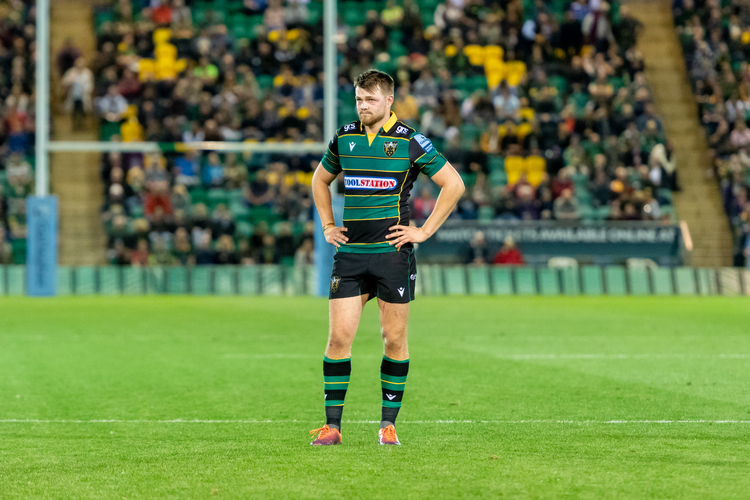 Ealing Trailfinders are pleased to announce the signing of Fraser Strachan from Northampton Saints for the 2020/21 season.

The centre is a product of the academy at Franklin’s Gardens, and has made four appearances for the first team. He also has plenty of experience in the Greene King IPA Championship after a loan spell at Bedford Blues, which saw him come up against the Trailfinders on multiple occasions.

The 21-year-old signed with the Saints in 2017 and has had plenty of success for the Wanderers in the midfield.

He played in the 2017 A League Premiership final, and he continued to impress the following season, making another appearance in their third consecutive A League final in which they beat Exeter Braves 31-21.

He has also been recognised on the international front, initially playing through the age groups with Scotland before switching to represent England at Under-18 level.

With the likes of Pat Howard, Jack Tovey and David Johnston all remaining at Trailfinders Sports Club, Strachan will have plenty of competition in the midfield for the Green and Whites.

The centre is looking forward to a new challenge in West London.

“After being in lockdown for so long I’m looking forward to kicking off a new season with an exciting squad. The club seem very ambitious and I can’t wait to get stuck in.”

Director of Rugby Ben Ward is pleased to add Strachan to the squad for the upcoming campaign.

“Fraser is someone who has always impressed us when playing for Bedford and we feel that he can fulfil his potential here at Ealing Trailfinders.

He still has plenty to learn at just 21 years old but he has played a lot of rugby and there is no doubt that he will develop in to a top player for us.”