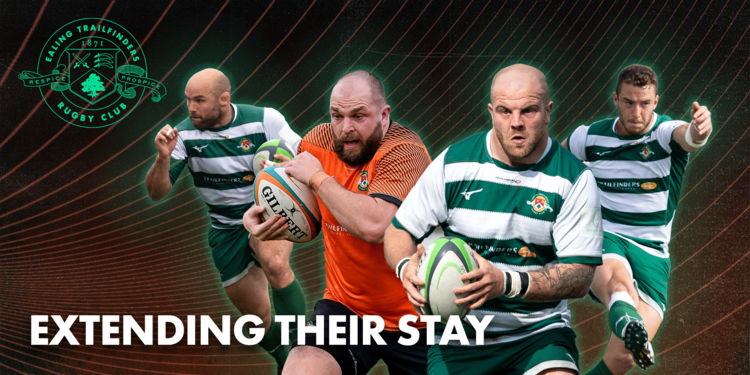 Ealing Trailfinders are pleased to confirm the retainment of props Will Davis and Lewis Thiede, hooker Shaun Malton and fly-half Steven Shingler.

All four players have had the option to extend their current contracts with the club activated, following another highly successful Championship campaign.

“We are delighted to secure the contract extensions of these four experienced players as we embark on the 2022/23 season and another push towards the Premiership,” said Director of Rugby Ben Ward.

“Will, Lewis and Shaun are proven front-row warriors. Their experience and leadership remain vital and the decision to take up their options to extend was an easy one for us. They have consistently delivered at crucial moments for our club and we’re excited by their ambition to drive even better performances and standards.”

“Shings is a consistent performer for our club. He plays a key role throughout the league season and was a standout in our Championship Cup title. He started all four Cup fixtures, directing the game superbly from fly-half and proving what a crucial player he is to our success.”