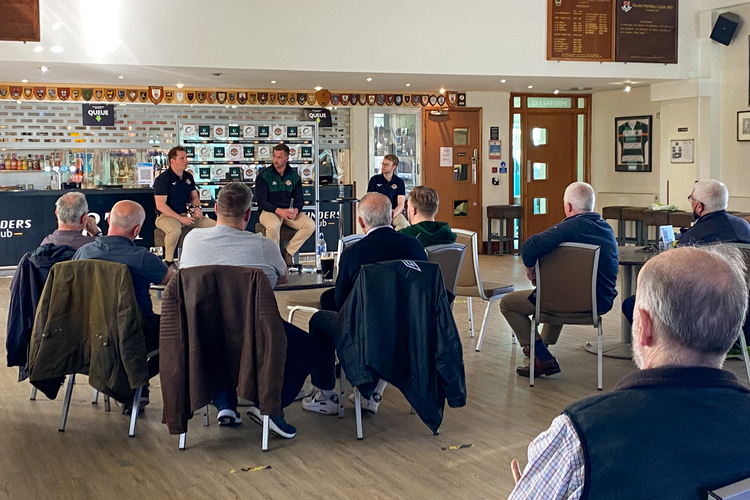 A number of fans were treat to a special Q&A evening at Trailfinders Sport Club last night.

The evening was hosted by Communications Manager Mike Smith who was joined on stage by Ealing Trailfinders Director of Rugby, Ben Ward, and club Captain Rayn Smid, for an evening of drinks, laughs and an insight into the thoughts of the clubs main men.

The audience were given the chance to ask Ben and Rayn a number questions which saw them talk about a number of subjects including training during last years' lockdown, the psychology of playing at empty grounds, the future of the club, and our push for promotion to the Gallagher Premiership.

Talking after the event Ben Ward talked of his delight of having fans back at the club.

"We're really looking forward to Saturday's key clash with Doncaster, and this felt like a great opportunity to welcome fans back to the club for the first time this season, with the reopening of indoor spaces" he commented.

"We were asked a range of questions of which the fans had been dying to ask, and it felt amazing to reconnect with those that have followed us for a number of years. We've missed having people around the club and I know that the players are really looking forward to running out in front of fans once again this weekend."