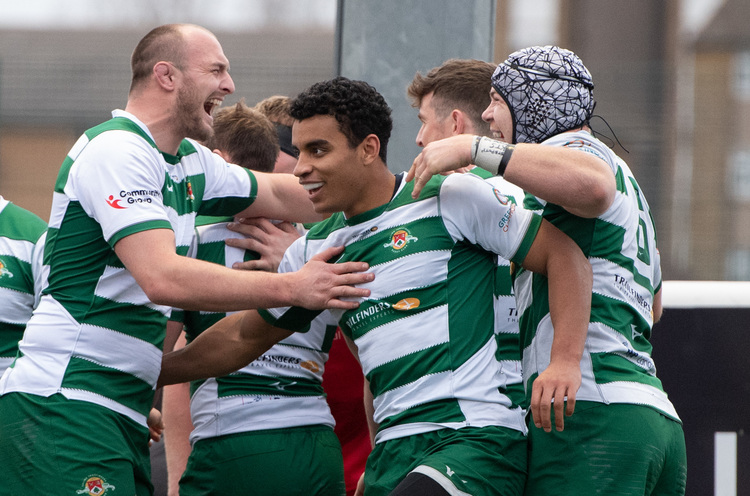 With the 2019/20 campaign completed, we can today confirm the End of Season Awards for both the first team and the Trailfinders Rugby Academy.

Reon Joseph gained two huge accolades after receiving the Players and Coaches Player of the Season awards, whilst Kieran Murphy was voted as the Supporters Player of the Year.

Joseph started every match of the season and was one of the first names on the team sheet, scoring 11 tries to prove a huge hit with the fans after coming through the academy. It was recently announced that he will retire from rugby with immediate effect, however his performances last season will last long in the memory for all Ealing Trailfinders supporters.

Kieran Murphy’s relentless performances in the back-row saw him win the Supporters Player of the Year trophy. His partnership with the likes of Rayn Smid and Jordy Reid was one of the strongest in the league, and after crossing the try-line eight times he also had plenty of success in attack.

In the Trailfinders Rugby Academy, the inaugural season was hugely successful and the awards went to two very exciting prospects.

Michael Cooke was voted as the Players’ Player after an impressive year in the number 10 shirt, scoring 180 points on the way to the league title. The fly-half had a loan spell at Sutton & Epsom as well as being called up to the Ireland Under 19 squad.

Elliot Chilvers gained the Coaches Player Award following a fine season in the front-row. The former Northampton Saints Academy prop was a driving force in the scrum, and will be stepping up to the first team next year.

Director of Rugby Ben Ward says it was a pleasure to witness the performances throughout the season.

“Of course it is a shame that the season was brought to an end prematurely, but one thing is for sure that the players gave their all and put us in a position to challenge again for silverware.

The Coaches spent time debating the award but ultimately it was clear that Reon came out on top. His consistency was incredibly impressive, and his attitude was the type you would expect from someone much older than just 21. A special mention for Alun Walker who also had a fantastic season and pushed Reon very close.

Our Academy thrived in year one and we are incredibly excited to see where it can go in the future. Both Michael and Elliot were prime examples of the kind of talent in the ranks, and we are confident that they will go on to have successful careers in the sport."

Congratulations to all of the winners, head to our social media channels to see a video message from them after collecting the awards!