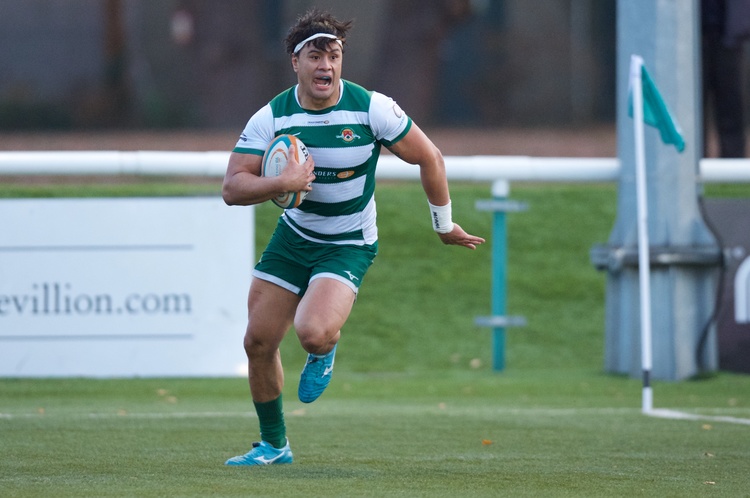 Ealing Trailfinders can today confirm that Elijah Niko has left the club with immediate effect.

The winger made eight appearances and scored two tries for the Green and Whites after joining ahead of the 2019/20 campaign, but due to visa difficulties he will now depart.

Niko had these words to say after leaving the club.

“Firstly I would like to thank Ben Ward and the coaches for giving me the opportunity to be part of this great club and for all their hard work that they have put into the team. I want to thank all the staff, our sponsors and our supporters.

Last but not least, I want to thank my team mates. The bond we all share is second to none, the effort that the boys put in at training and on the rugby field shows the commitment and high standards that everyone is willing to give for each other and for the team. I have no doubt that the club will achieve their goals that were set at the start of the season and I will continue to follow their progress.

Director of Rugby Ben Ward thanked Niko for his contribution in West London.

“Eli has been a great professional for us and we would all like to wish him all the best for the future.

He is a very popular member of the group and has been fantastic around the club, so I’m sure he will succeed wherever his next destination is.”