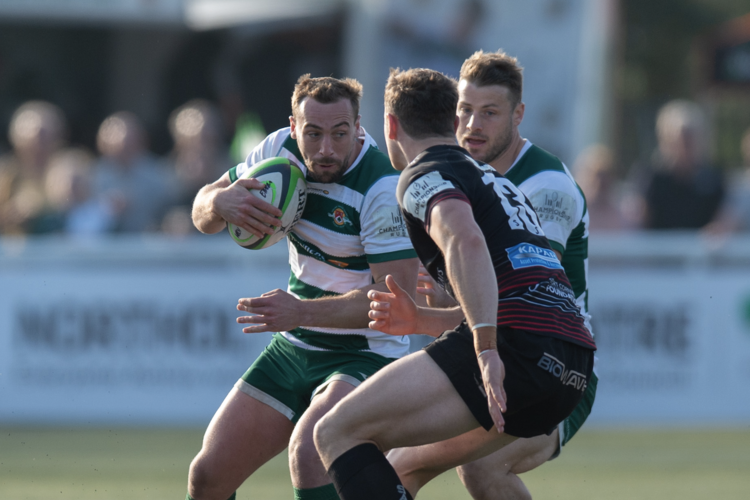 Ealing Trailfinders beat Ampthill in the Quarter-Finals of the competition to progress to this stage. Trailfinders edged the first match away at Dillingham Park, bringing a ten point lead back to Trailfinders Sports Club for the return fixture. At home, the West Londoners proved too strong and managed to win the game 56-24. The two Quarter-Final victories made it six wins on the bounce for Ealing, they will be hoping they can make it seven this Saturday, in the Semi-Final against Pirates.

Cornish Pirates won their two-legged Quarter-Final against Bedford Blues in dramatic fashion to seal their place in the next round. They won by one point at home and lost by one point away, sending the second leg into extra-time, where Shae Tucker’s try proved the difference. Pirates had a mixed end to their league campaign with three wins in their last six games. After narrowly missing out on the league title, they will be hungry for the win this weekend and would love to have a chance to get their hands on some silverware.

Last time these two sides met it was a must win for both teams as they were vying for top spot in the Championship Rugby table. It was the penultimate match in the league campaign and tensions were high at Trailfinders Sports Club. The home side were relentless in the opening 40 minutes, tries from De Wee, Hampson, Bodilly and Campher saw Trailfinders up at half-time by 31 points to 7. Pirates had a better second half, dotting down twice, however it was just a consolation as the West Londoners scored two second half penalties through Willis and Kernohan added his name to the scoresheet. The full time result was Ealing Trailfinders 44-24 Cornish Pirates.

Get tickets for this Saturday's Semi-Final clash with Cornish Pirates by clicking here.

*Please note season tickets will not be eligible for this game.*