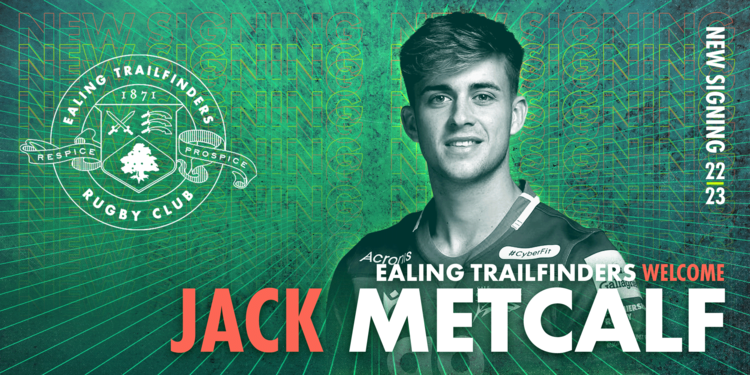 Ealing Trailfinders are excited to confirm the signing of versatile Sale Sharks back Jack Metcalf.

Before joining Sale in March 2021, Jack was a member of the Yorkshire Carnegie Academy, achieving his Championship debut in 2019/20. He also represented Yorkshire U18’s, attended Bishop Burton College and played alongside fellow Trailfinders signing Dan Lancaster at West Park Leeds.

Ahead of his move to Vallis Way, Jack said: “When the opportunity came to join Ealing Trailfinders it was a no-brainer. It’s a great club with fantastic facilities and a clear ambition to progress even further. I can’t wait to link up with my new teammates and help the club achieve their goals next season and beyond.”

Director of Rugby Ben Ward, added: “Jack is a highly dynamic and exciting player. He is lethal in attack and adds plenty of firepower and versatility to our backline. We’re delighted Jack has agreed terms with Trailfinders and looking forward to his first season at the club.”