Ealing Trailfinders side to face Saracens 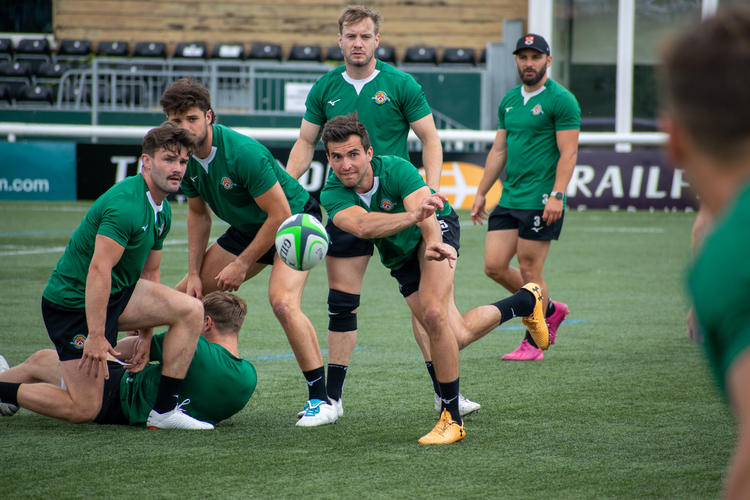 Ben Ward has named his side to face Saracens, in the first leg of the Greene King IPA Championship Playoff finals this Sunday.

In the backs Matt Gordon and James Cordy-Redden return to the side after missing Trailfinders final game of the regular season at home to Doncaster a fortnight ago. Whilst Max Bodilly, Dean Hammond and David Johnston keep their starting places for the visit of Saracens. At half back Ben Ward has gone with a partnership of Craigs’ Hampson and Willis.

Up front Will Davis and Kyle Whyte start replacing James Gibbons and Lewis Thiede who drop to the bench. Bobby De Wee and James Cannon keep their places at Lock and in the back-row club Captain Rayn Smid returns to line up alongside Kieran Murphy and Simon Uzokwe.

Speaking ahead of the game Ben Ward has spoken of his excitement for the challenge of facing a Saracens side full of International talent.

“On paper there’s not a lot for us to lose, their expected to win so we’re just looking forward to getting out there and ripping into the game. We probably didn’t put our best performance against them away in the league recently, but on the flip side that’s because they put us under so much pressure and they are very good at what they do” Ward commented.

“We’ve got some plays up our sleeve, a few areas where we think we can have some success against them, whether we can execute on the day is another matter but we will look to put our game on them. We have to perfect and we know that, were in a very good place as a club and as a team and we believe in our own ability. Over the past three to four years we’ve made great steps forward and we look to continue to do that."

Ealing Trailfinders side to face Saracens