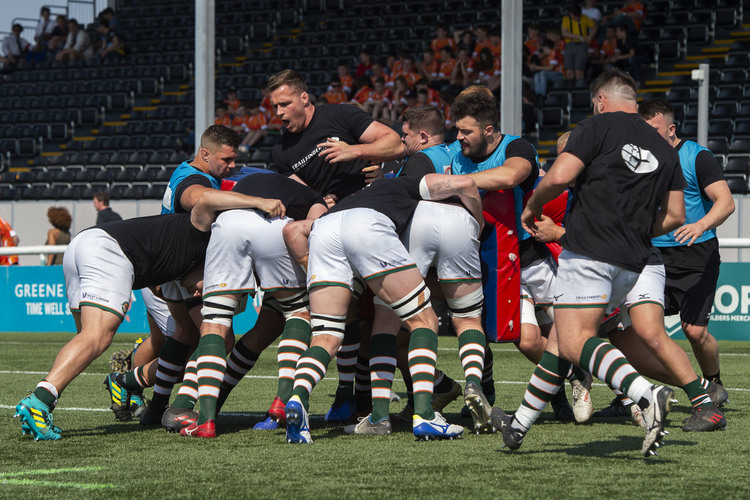 Ealing Trailfinders have named their team for the last match of the Greene King IPA Championship campaign against London Irish at the Madejski Stadium on Saturday afternoon.

The West Londoners are in impressive end-of-season form and have won their last four matches convincingly as they have secured second place in the league table for a second year in a row.

With the Championship Cup Final next weekend Director of Rugby Ben Ward has used this as an opportunity to give the starting line up a refreshed look, with a number of players getting the chance to test themselves against Irish.

Four players keep their places after the dominant victory over Bedford Blues last weekend, and Tom Denton will captain the side as the Trailfinders look to build further momentum for the Cup Final.

Jack O’Connell, Matt Cornish and Ben Betts start in the front-row, with Ben Landry and Tom Denton in the second-row. Max Davies, George Edgson and Will Safe who is dual registered from Gloucester will operate in the back-row.

Ryan Foley and Laurence May start as half-backs, with Lewis Jones and Segundo Tuculet combining in an exciting centre pairing. Seb Stegmann starts on the left wing, with Reon Joseph on the right and Peter Lydon at full-back.

Matt Beesley, Alun Walker and Elliot Millar Mills offer a front-row alternative on the bench, with Harry Casson and Rayn Smid covering the rest of the pack. Scrum-half Ben Williams and winger Howard Packman complete the match day squad for the trip to Reading.

Director of Rugby Ben Ward is looking forward to an exciting challenge against the league Champions on Saturday.

“It has been a long season and we have two massive tests left. We have picked up a number of injuries and suspensions recently but we’ve picked a side that we believe can go out there and test London Irish.

We of course have a big focus on the Cup Final as we look to end the season with silverware, and therefore have used this as a chance to give some members of the squad a much needed rest.”

Ealing Trailfinders team to play London Irish on Saturday 27th April at Madejski Stadium in Round 22 of the Greene King IPA Championship: