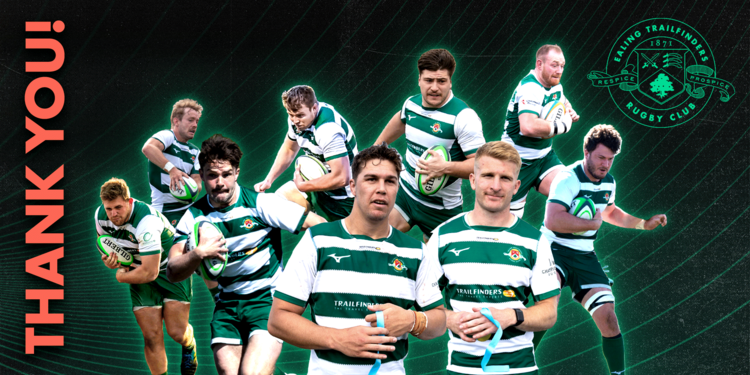 A number of players will be leaving Ealing Trailfinders after a successful season at Vallis Way.

Director of Rugby Ben Ward has said, “Everyone at Ealing Trailfinders would like to thank this year’s leavers for the their hard work and contribution to the club. We have had an outstanding season and it’s been a pleasure working with all the players. I wish them every success for the future, on and off the field.”

The club would like to give a special mention to James Cannon who has been with us since 2019 and made 42 appearances in green and white. Over the last three seasons in West London he has won three trophies with Trailfinders, The Championship Rugby title and Championship Cup in the 2021/22, as well the Trailfinders Challenge Cup in 2021.

Commenting on Cannon, Ward said, “It’s especially sad to see James Cannon leaving after three years at Trailfinders Sports Club, he has made a significant impact since joining us back in 2019, always giving his all when representing the shirt. I wish him all the very best and hope he enjoys his retirement from rugby.”

Ealing Trailfinders would like to thank all departing players and we wish them all the best for the future.