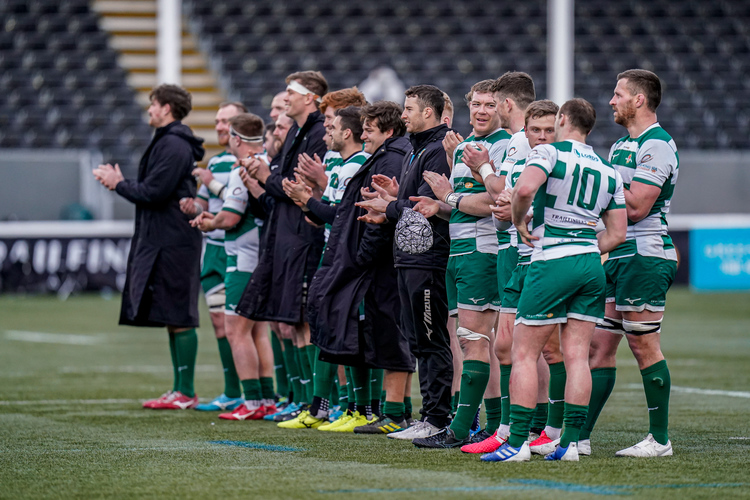 Unfortunately with the 2019/20 season at a premature end, we can today confirm the players that are departing the club.

The Trailfinders finished second in the Greene King IPA Championship as well as qualifying for the semi-final of the Championship Cup before the Coronavirus outbreak brought the campaign to a close.

With plenty of retention for next season the core of the squad will remain in West London, however a number of players will be moving on to new opportunities.

Trailfinders Rugby Academy success stories Matt Cornish and Reon Joseph are among the players to be departing, with Cornish moving up to the Premiership after making 92 appearances at the age of just 22. As previously announced, Joseph is retiring from rugby to pursue a new career.

Four squad members will be making the jump up to the Premiership, as Jordy Reid, Craig Trenier, Jordan Els and Matt Cornish have all signed deals with top-flight clubs.

Director of Rugby Ben Ward thanked all of the players for their effort at Ealing Trailfinders.

“Of course we are disappointed to be saying goodbye in this manner and it is not how we would have liked to part ways.

It has been another successful season for us and we are consistently challenging at the top of the Championship due to the hard work of every squad member.

Of the leavers I would like to single out a few players for their contribution. Matt Cornish is an incredible story from our academy and has shown a different route to the top by getting game time regularly at this level rather than sitting in an academy without exposure to rugby. We are very proud of his efforts over the last five years at the club, and we look forward to seeing him in the Premiership.

Sam Dickinson had a huge impact for us as Club Captain and his performances set an example for everyone else to match. Lewis Jones had four years with us and transitioned from a successful University performer in to a regular at Championship level.

Jordy Reid is not only a fan favourite but also one of the best players to have put on the Green and White shirt. He will be missed but once again we wish him well in the Premiership with Gloucester.

Reon was a hugely exciting prospect and showed his quality with a fantastic year, playing in every match for us. We are very proud of how he developed whilst with us and we respect his decision to move in to a new career path.

Pete Lydon and Seb Stegmann have been with us for a few years and are very popular members of the squad who will be missed, we wish them all the best in the future.

We are very pleased with the retention of the squad for next season and also the exciting recruitment which we are in the process of announcing.

All of the players departing will be welcomed back and it would be great to see them all at one of our games to celebrate their time here.”