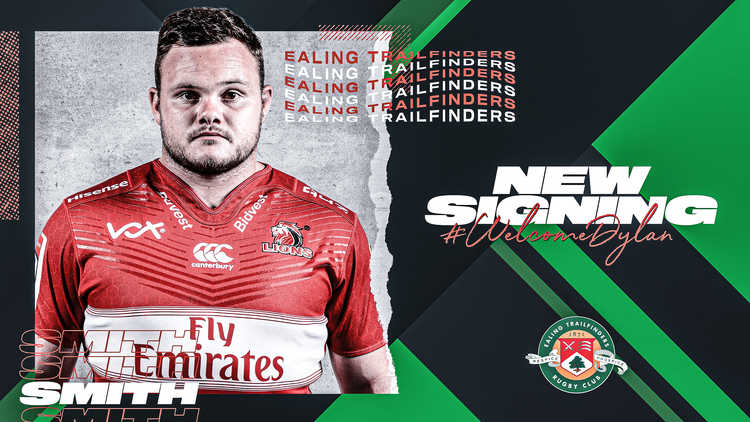 Ealing Trailfinders are delighted to announce the signing of loosehead prop Dylan Smith ahead of the 2021/22 season from Stade Francais.

Smith has spent most of his career playing for the Lions where he made 91 appearances including 52 Super Rugby games. In that time he helped the team to three Super Rugby Finals between 2016 and 2018. He also won the Currie Cup in 2015, as well as playing in the 2014 and 2019 Finals.

In March 2021 he joined Stade Francais on a short-term deal.

Speaking ahead of the move to West London, Smith has spoken of his excitement.

“I’m really looking forward to joining Ealing Trailfinders, I’ve followed the clubs progress throughout this past year and I really enjoy the teams attacking style of play.

I am eager to contribute as much as possible and start this new chapter with Trailfinders.

“Dylan is somebody that we’ve been looking at with keen interest for some time now and we’re excited to final be able to bring him to the Trailfinders. He’s a very physical and hardworking prop who we think can add a lot to our already strong front row.”