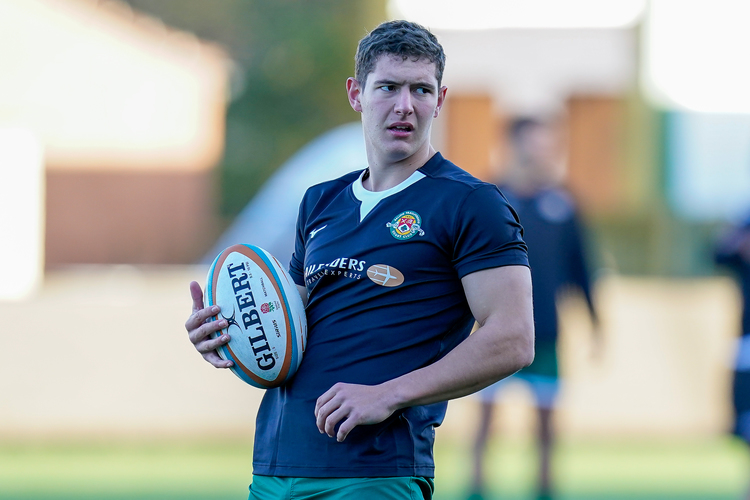 Ealing Trailfinders are delighted to announce that Declan Raubenheimer has signed a fully professional contract.

The 19-year-old has put pen to paper on a two-year deal at Trailfinders Sports Club after originally joining the Scholarship Programme with Brunel University London, and will now make the full transition to the Greene King IPA Championship side.

He made his debut for the first-team in the pre-season match away at Newcastle Falcons, and also came off the bench against Bristol Bears as he scored his first points for the club with a late touchline conversion.

The fly-half was part of the Golden Lions Academy back in his native Johannesburg, and he represented their Under 18s team in both 2018 and 2019. Now he will be competing with Craig Willis and Steven Shingler for the number 10 shirt at TFSC.

Raubenheimer is delighted to have secured his future in West London until 2022.

“I’m grateful for the opportunity to sign with Ealing Trailfinders and look forward to being part of the exciting future.

Everybody at the club has been really welcoming and it is a positive environment to work in. I’ve enjoyed every minute of the past few months training at the club and can’t wait to keep growing as a player as we come closer to the season.”

Director of Rugby Ben Ward has been hugely impressed with the young fly-half, and sees him as a real prospect moving forward.

“Dec has been a huge success since arriving in the summer and we see him as a big part of our future.

He is a very confident fly-half who has real authority on the pitch and that will only continue to develop. He has shown both in training and during our pre-season matches that he has real quality which will stand him in good stead for a successful career at Ealing Trailfinders.”